A member of the Saudi armed forces beautifully recited verses from Surah Al Hajj during a Royal military parade which has taken place just days before the annual Hajj.

Thousands of soldiers are to be deployed to ensure the Hajj rituals are safe and secure.

Saudi Arabia is on high alert following a series of suicide bombings in July. In one attack, four members of the security forces responsible for defending the Prophet’s mosque were martyred.

We pray that this year’s Hajj is made safe and easy for all pilgrims. 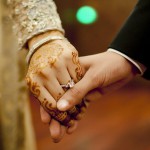 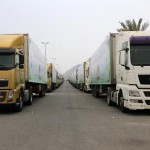