Marriage remains a significant and aspirational feature for Muslims and is frequently referred to as ‘half the deen’ (faith). However, getting married and staying married are one of the biggest personal dilemmas facing today’s Muslims. How and where to look for a spouse are no longer the sole preserve of parents and family networks with hundreds of matrimonial agencies now offer their services through online services or planned events and now, mobile applications. Muslims are becoming upwardly mobile, and have high expectations for prospective partners. Here, we discuss how a pioneering community-based organisation has responded to some of the challenges Muslims face when trying to get married.

For religiously minded Muslims, both the shift to digitally-based communication directly between potential spouses and face-to-face meetings additionally, requires an ideological re-framing of what constitutes a halal and therefore an Islamically sanctioned form of contact between unmarried men and women, as well as a re-evaluation of the role of family and culture.

Muslim Marriage Events was established 15 years ago as part of a project called Islamic Circles, a community-based project in London that focused on organising weekly study groups addressing a range of topics related to Islam. The marriage service was a response to facilitate what was a noticeably obvious and urgent need for the creation of a ‘halal space’ where young like-minded Muslims could meet for the purposes of marriage. Mosques were not fulfilling this need and families were limited in their social networks. Muslim Marriage Events emerged in 2002 and has since mushroomed into one of the largest Muslim matrimonial events services in the world, with approximately 50,000 clients in an international database of varying ethnicities and statuses. It holds between 4-6 events each month accommodating on average 80 people, as well as a number of larger free events geared for around 500+ people in partnership with a charity in order to support their fundraising activities. Thousands of marriages have taken place since the inception of the service.

The basic format for the events is as follows:

All participants are required to complete a profile form with basic biographical information as well as space for them to add what they hope to offer a potential spouse and what they are looking for. Each individual is assigned a numbered badge to enable clear identification. In order to create an environment that is consistent with Islamic principles, the format of our events is carefully managed to minimise unnecessary ‘free-mixing’ while ensuring that everyone has an opportunity to be introduced.

While some Muslim marriage events have chosen to replicate Western styles of ‘speed-dating’ based on one-to-one meetings lasting 2-3 minutes, we have developed an alternative method based on a group rotation that allows for all participants to meet within initial small groups where, with the help of a group facilitator, participants are encouraged to introduce themselves and offer responses to a series of ice-breaker questions. These questions were initially suggested by ‘Ulamā and tended to focus on serious issues concerning marriage expectations. However, in practice it was found that many individuals were shy to engage in the serious nature of the group discussions and appeared more relaxed if we inserted some light-hearted questions.

After introductions in small groups, the women remain seated while men are asked to move onto the next group and continue introductions and rotations until all participants have been introduced. People are encouraged to make note of anyone they are interested in speaking to further.

The second part of the event focuses on facilitating one-to-one meetings between interested parties where they are free to exchange contact details if they choose to. Mahrams are strongly encouraged to attend. Recently the Muslim Marriage App was developed for use at events, which allows criteria-based searching for partners in actual events and follow up afterwards on an online database called “FindYourMuslimPartner.com.”

Observations: Observing marrying preferences and practices not only highlights important issues around Muslim identities and how much impact Western post-modernity has had on the lives of Muslims but Muslim Marriage Events has seen that ethnicity still remains a significant factor in marital choice with many people wishing to choose partners from similar cultural backgrounds. MME therefore cater for Muslims from different races, statuses, ages and more. As divorce has become more widespread, regular events focusing on those who may be divorced or widowed are held.

As part of a concerted effort to stimulate debate and reflection on some of these challenges, topical discussions have been held with guest speakers on a range of issues surrounding marriage and gender roles, together with marriage workshops aimed primarily at couples.

So why is it still so hard? A key question, therefore, is why, despite the wide choice of online matrimonial services and events, are Muslim men and women finding it so difficult to meet suitable matrimonial partners?

Where parents and extended family networks once played key roles in matrimonial matters, the loss or weakening of these networks, coupled with a growing professionalisation and individualisation among this generation of Muslims, many parents recognise the limitations of their own networks and assume that the education and professional status of their children mean that they are better equipped to find their own partners and will meet potential partners either at university or work.

Rapid social change, marked by high educational and employment aspirations has led to high expectations when choosing a life partner. As a result, Muslims are becoming increasingly individualised in their matrimonial choices and marital relationships.

The internet brings its own set of problems. Some, fearful of face-to-face events and the potential for ‘rejection’ or not being chosen, ‘hide’ behind the anonymity gained by online searching and begin to form attachments through emails and phone conversations without meeting, only to be met with disappointment if a meeting does take place due to misrepresentations made by the other party.

Many religiously-minded young Muslims are not encouraged to socialise with members of the opposite sex, yet are expected to make significant decisions on their life partner based on limited meetings, and often without the support or advice of a parent or married relative or friend. Without adequate pre-marital support, young Muslims are reliant on romanticised notions of what relationships and marriage entail. Consequently a checklist mentality becomes a priority when choosing a partner and this is often unrealistic or based purely on superficial characteristics.

The research has clearly highlighted an urgent need for extra support services such as pre-marital coaching for Muslims looking to get married.

Dr Fauzia Ahmad is a sociologist specialising in Muslim communities in Britain and British Muslim women’s identities, representations and experiences of higher education, employment and social welfare.. Her publications can be viewed: https://bristol.academia.edu/FauziaAhmad 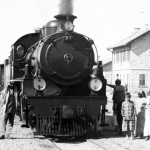 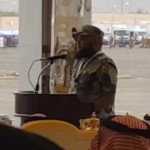