In a video filmed at a Mosque in Brooklyn, New York, a man is heard ‘thanking’ Donald Trump for his recent comments about banning Muslims from the USA. The video was uploaded on a Facebook page with ‘Donald Trump was right’ written on the video’s description.

Check out the shocking video below:

Actually…the video shows the Mosque’s weekly distribution of food to poor and needy New Yorkers. The commentary is hilarious –  for those who get sarcasm! 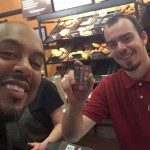 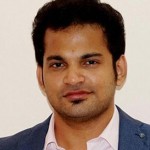