Newspapers and media outlets have had a serious transformation in the past century due to advancements in technology. News is everywhere and we are exposed to it wherever we go. This advancement would have been a completely positive one if it was innocent but in seeking to make as much money as possible, some media outlets have used fear and hate to sell papers and in the modern era, drive traffic to their websites. Some unfortunately seek to portray Islam and Muslims as the problem or as a threat to society.

They do this by smearing the message of Islam and marginalising its followers, playing on the fears of the ignorant. The concept of Islam is misrepresented to be an evil way of life which leads to violence and corruption. Muslims are portrayed as agents trying to practice violence around the world. These corrosive ideas are projected upon the masses systematically.

The ignorance of the masses blinds them from seeing clearly the complex and stark reality, and thus buy the narrative sold to them. Such stories bring in ratings, views, likes and re-tweets which in turn generates revenue to keep the shareholders happy and the operations running.

And the result? A strain in community relations, suspicion amongst neighbors and an increase in Islamophobic hate crime.

The above is an example of how the media uses fear to fulfill its objectives. Similarly, some politicians and extremists fulfill their objectives by playing on the fears of the ignorant. They all have the same narrative of fear, just shaped differently. They show themselves as opponents to each other but they are three faces to the same hideous body. 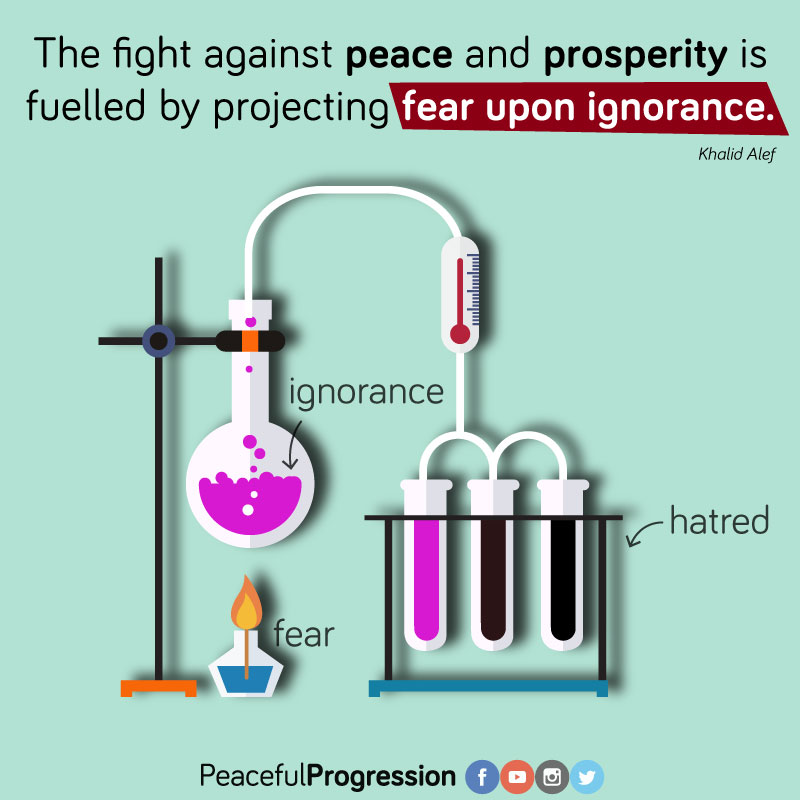 The solutions are many which I’ll share in future articles. However, it’s incumbent that we acknowledge our ignorance and begin educating ourselves and the community. When one has an awareness and uses their intellectual capacity then the fear that’s projected upon them is diminished. Always remember that if you don’t think for yourself, someone out there will think for you. If you don’t have a purpose in life, someone out there will enforce theirs on you. Rest assured that there are people spending millions of dollars to keep your mind shackled.