The fast approaching Presidential elections on November 8 have left many American Muslims with intense, sometimes conflicting feelings, including anger; fear; hope; alienation; and even indifference. The one undeniable reality is that this campaign has ironically become more Muslim-centric than any other. ‘Muslim’ has joined ‘Economy’ and ‘Jobs’ as a both a meme and a primary domestic issue.

This year’s vote differs from the past two election cycles as there does not appear to be a consensus ‘champion’ for the American Muslim community: in 2008 and 2012, Barack Obama succeeded in mobilizing mass support amongst many sections of the population, including American Muslims. Although neither John McCain nor Mitt Romney, respectively, were as divisive (or as nihilistic) as Donald Trump, the legacy of the George W. Bush years facilitated for a clearer choice to be made, and most Muslim communities were firmly behind the Democratic candidate.

With half the American Muslim population being under 35, a large proportion of the community is too young to have voted in a pre-Obama election. The excitement of participating in the new experience of an election is offset by the complexities and the gravity of whatever choice is made in the polling booth. For the new arrivals to the voting scene, as with those who are seasoned veterans of the process, the current playing field is fraught with political peril.

2016 will be regarded as the first election in the age of ‘post-truth’ politics. Trump has had a particularly disruptive effect on the established norms of policy formulation and campaign communication, but all candidates have been reacting to a fast-changing political environment. Hillary Clinton, for example, first moved to the left to secure Bernie Sanders supporters against the dual threat of third-party candidates on the one hand, and complete apathy on the other; – either option would propel Trump towards victory. Clinton then also moved to the right in an attempt to appeal to disenfranchised ‘Never Trump’ Republicans, many of whom question whether their party will survive beyond November 8th.

While many American Muslims have a severe aversion to Trump, they are also uneasy about certain aspects of Clinton’s qualifications, especially her involvement in Iraq and Libya, and a perception held by many Muslims that she lacks a balanced approach to the Israel-Palestine conflict. At the same time, her tenure as Secretary of State saw her appointment of the first-ever Special Representative to Muslim Communities, and placement of many American Muslims in high positions, including her chief advisor.

In unprecedented numbers, many voters, Muslim and non-Muslim, are adopting a ‘rejection strategy’ for the elections: The choice is not between voting for candidates for their affirmative attributes, but rather who is the person least eligible and desired to be President. This far from ideal calculation may draw many Muslims to third-party candidates like Jill Stein, if for no other reason than to cast a protest vote against two odious choices. While it may be framed as a noble vote of conscience, its consequences go far beyond the virtue of the individual casting the ballot. In 2000, many Muslim voters chose third-party candidate Ralph Nader – enough to swing the vote in Florida, a state George W. Bush won by 537 votes, and ultimately, the presidency. A vote of conscience by some in essence led to two terms that brought two major wars to the Muslim world.

This election is unique in its departure from conventional rules of politics and engagement. It is also memorable for the lack of clarity and consistency in its coverage and rhetoric. But many dread its similarity to the 2000 elections and how narrow the race remained to the very end. The very prospect that yet another election could be decided by a handful of votes, as was the margin for George W. Bush in Florida, is unsettling to say the least.

The Muslim Vote Could Be Decisive

Today, 200,000 Muslims live in Florida, a number that could easily decide the election if Florida plays, as expected, a decisive role this year. It creates an unprecedented obligation to take the civic responsibility of voting seriously, for the community and for the nation at large. At the same time, sadly, a majority of American Muslims are not currently registered to vote; given the importance of the election, this reality is unacceptable and irresponsible. It is equally unhelpful to witness the apathy that affects and infects some segments of the Muslim community. It is a deeply destructive sentiment and deeply un-Islamic as it shirks the responsibility that Muslims have to improve their respective societies. For the welfare of the Muslim community and for the nation itself, voting is not only a civic duty; it is a religious imperative. In fact, the Islamic command to enjoin the good and forbid the evil appears to have a great deal of resonance in the election now.

In many states, the deadline for voter registration is this weekend. It is therefore critical for Muslims to register for the elections to maintain their eligibility to participate in this important race. But voter registration is only the first step. American Muslims most also select a candidate. Most religious leaders in the community are obviously anti-Trump but have remained strangely silent on strategies to defeat his candidacy. Fortunately, there is still the power of individual choice.

Too Close to Call

In 2000, the Muslim vote was generally split, with the majority of African American Muslims voting for Al Gore and immigrant Muslims going Republican. The trauma of the Bush era was a wake-up call toward achieving a well-informed Muslim electorate. Sixteen years on, Muslims are confronted with a challenging political and social landscape, making the election a possible turning point in their history in America. Perhaps few issues can galvanize American Muslims more than the urgency they feel to stop Trump from his pursuit of the White House, but it remains to be seen whether enough of them will unite around Hillary Clinton to ensure a Trump presidency is relegated to the world of fiction. Given current poll numbers, the race is far too close to call, and therefore, far too close for comfort.

Saeed A. Khan is currently in the Department of History and Lecturer in the Department of Near East & Asian Studies at Wayne State University-Detroit, Michigan, where he teaches Islamic and Middle East History, Islamic Civilizations and History of Islamic Political Thought. Mr. Khan is also a Research Fellow at Wayne State University’s Center for the Study of Citizenship. He is also Adjunct Professor in Islamic Studies at the University of Detroit-Mercy and at Rochester College, co-teaching a course on Muslim-Christian Diversity.

With areas of focus including US policy, globalization, Middle East and Islamic Studies, as well as genomics and bioethics, Mr. Khan has been a contributor to several media agencies, such as C-Span, NPR, Voice of America and the National Press Club, as well as newspapers and other outlets, and is also a consultant on Islamic and Middle East affairs for the BBC and the CBC. In addition, he has served as consultant to the US-Arab Economic Forum. Mr. Khan has founded the Center for the Study of Trans-Atlantic Diasporas, a think tank and policy center examining and comparing the condition of ethnic immigrant groups in North America and Europe, consulting the US and UK governments on their respective Muslim communities. Most recently, Mr. Khan has become co-host of the radio show “Detroit Today” on Detroit Public Radio. 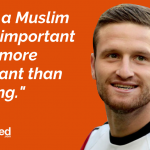 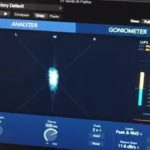