This Imam was an anti-racism campaigner in apartheid South Africa and he paid for it with his life.

It was the morning of September 27 1969. Imam Abdullah Haron had been in solitary confinement for 123 days, at the notorious Caledon Square police station of the apartheid regime.

The first religious leader to be killed in custody, his death sparked international protests and tributes. So, why was this Imam seen as such a threat to the regime?

A trailblazing activist and much loved religious leader, among both Muslims and non-Muslims, who lovingly referred to him as mfundisi, or priest, Imam Haron had been under surveillance since returning from Makkah, where he performed pilgrimage, before travelling to Egypt and the UK to spread the word about the increasing racist persecution of the apartheid regime.

He made contact with the World Islamic Council, representatives of Arab countries and anti-apartheid political exiles. He lobbied for anti-apartheid organisations that had been banned in South Africa and he collected money from the Defence and Aid Fund for victims of Apartheid and distributed it on his return to South Africa.

The Imam’s actions were considered terrorism and made him a target of the apartheid regime, who arrested him after his return.

Imam Haron, who used his position in the community as a religious leader to struggle against apartheid for 13 years, became very popular and respected soon after his appointment. He consistently spoke out against the racist policies of apartheid, which he considered to be the obligation of a committed Muslim. Hailing from the Cape’s mainly mixed-race Muslim community, the imam tried to raise Muslim consciousness about the injustices of apartheid and its brutal racist laws which black South Africans bore the brunt of.

He supported victims of the system and liberation movements alike, collecting money for them, organizing shelter and offering messenger services in the country and abroad. In 1958 he founded the Claremont Muslim Youth Association a progressive youth movement. Imam Haron gave a number of speeches and sermons against apartheid policies and laws including a speech at the Cape Town Drill Hall in 1961 where he described the Group Areas Act as “inhuman, barbaric and un-Islamic”.

In cooperation with eight individuals and four Muslim organizations, he launched a circular entitled Call of Islam. The publication aimed to voice protest against the implementation of the Group Areas Act and other racist laws.

“We can no longer tolerate further encroachment on these our basic rights and therefore we stand firm with our brothers in fighting the evil monster that is about to devour us – that is, oppression, tyranny and baasskap. […] Therefore, we hereby declare for everyone to know that we solemnly pledge ourselves to fight against all the injustices on the basis as ordained by Almighty Allah.”

During a time of increasing racist persecution and repression, the Imam’s struggle was revolutionary as many in Cape’s Muslim community were afraid of the repercussions of speaking out. During the 50s and 60s many in the community, including religious leaders, remained silent and the idea of making “hijra,” instead of taking on the regime, was common.

But this could not have been further from Imam Haron’s approach, who once said that despite having a “revolutionary” Prophet ﷺ, Muslims were “still asleep”. Both in his life and following his death, Imam Haron started a movement that would go on to act as an inspiration in the Cape Muslim struggle against Apartheid in South Africa for decades. 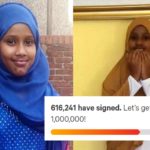 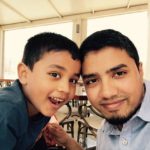