This interactive prayer mat has changed the way children from around the world learn how to pray.

One evening Kamal Ali, a Design Technology teacher from South Wales, was working on his laptop when he started thinking about his 4-year-old son, Hamzah. Earlier that day, Hamzah had been struggling to make sujood. He couldn’t work out where to place his hands, knees, forehead or nose. He would try and try but then give up and just lie on his stomach, which his Dad thought was adorable. (Say masha’Allah).

“I wondered if I could buy something to make it easier for him. My background is in product design and I imagined a mat with the position of the hands, knees, feet, forehead and nose marked. This would make it much easier to learn,” said Kamal.

Kamal scoured the internet looking for a child-friendly prayer mat to buy for his son, but he couldn’t find anything. So he immediately opened up a design software package on his laptop and began developing his design ideas and within a few days, he had a final design ready. Kamal then used his existing contacts in China to get a sample made.

“When I received this sample, it was a super exciting moment, I never thought I would be designing a prayer mat and especially one that would help my son. With the sample in front of me, I could see many more possibilities. The buttons around the side could be changed to make sounds when they were pushed. The wudu button on the mat could also be pushed and tell children how to perform wudu. I embarked on a year-long journey of research and development,” Kamal explained. 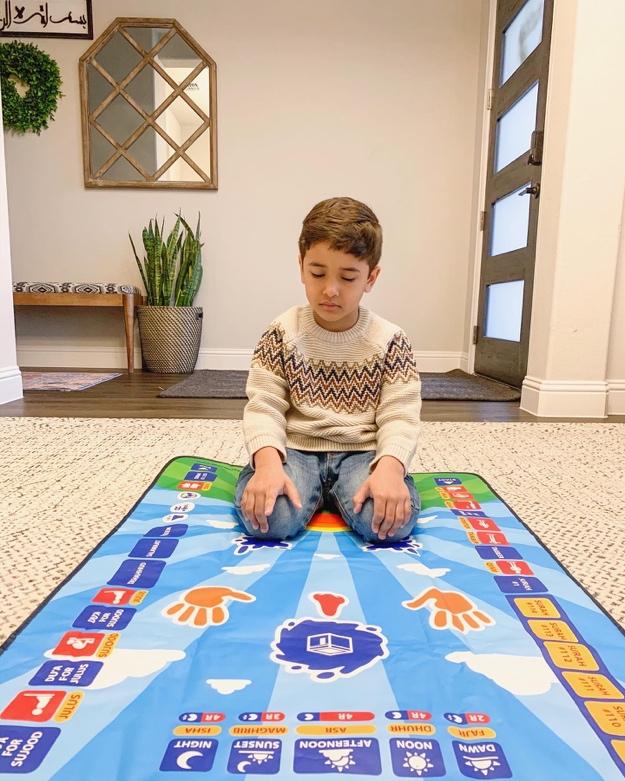 The final product was a touch-sensitive, interactive prayer mat with pre-recorded keys about prayer times, how to make wudu, how to recite surahs and duas and much more. It could also teach children the various bodily movements and positions of salah and what to say during them.

After a year of developing the interactive prayer mat, he faced another challenge. He had to invest a huge amount of money into getting these prayer mats made, but he thought about his original motivation for getting started.

“Was I doing this for money and financial gain? Was that my motivation?” Kamal asked himself.

“Instinctively, I knew that the answer was no, it really wasn’t. My approach was not focused on profit. After further contemplation, I realised that my true motivation was to create a high-quality product to help children learn how to pray Salah. Most importantly, children would be happy to pray and interact with the different aspects of Salah. This was the most important thing to me,” he said.

Doubts crept into Kamal’s mind, who worried about his financial responsibilities to his family. However, after praying Istikharah he said ‘Bismillah’ and sent over the money for 2000 prayer mats to be produced. And so, MySalahMat was born.

?Photo credit: @onthegowithnimrah .⁣ .⁣ “I received this educational and interactive Salah Mat by @mysalahmat and the moment I unrolled it, Baby Nuh started asking me “mama is this Allah Allah?” He calls Salah “Allah Allah”. And then within seconds, he figured out himself where to place the feet, the hands or the nose” – @onthegowithnimrah⁣ .⁣ ?Tag us and inspire a new generation of Muslim Children?.⁣ .⁣ .⁣ .⁣ #islam #muslim #pray #dua#alhamdulillah #fajr #mysalah #muslimblogger#placeofprayer #mysalahmat #muslimkids #islamicdua #diaryislami#allahlovesyou #salah

With no money left to invest, he made a website and a promotional video himself with the help of a friend. Despite all of his worries, he had pre-sold half of the prayer mats before they had even arrived in the UK!

“Alhamdulillah, once the stock arrived, the product was sold out within three months. The reception from the Muslim community around the world was beyond my imagination,” Kamal recalls.

It has now been 2 years since that evening when Kamal designed that first prayer mat. Now, MySalahMat is being produced in different languages to help children all around the world.

“I created this prayer mat for my son Hamzah, so that he could learn how to perform sujood. Today, when a child sees a MySalahMat, the very first thing they want to do is to perform sujood! Alhamdulillah.”

May Allah reward Kamal immensely for his efforts and continue to grant MySalahMat success. Ameen.

For more information, you can visit My Salah Mat website www.mysalahmat.com 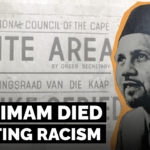 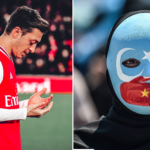