These are the skulls of freedom fighters who resisted the brutal French occupation of Algeria.

But rather than receiving a dignified burial, they spent more than 170 years in exile from the homeland they fought for, on the soil of their enemy.

Deep in the basement of Paris’ Musée de l’Homme, are a collection of 18,000 human skulls.

The majority of them, the Museum says, were acquired during ‘exploration missions’ in the 19th century, when anthropologists used to collect skulls from around the world to study.

But according to historians, at least 37 of these skulls belonged to Algerians who were decapitated during the bloody French conquest of Algeria.

For the French forces, the severed heads served two purposes.

Firstly, they were shown to civilian Algerian populations in an attempt to quell rebellion.

And secondly, they were sent to France as ‘trophies’ to show that ‘real victories’ were being won in Algeria.

Among the skulls held captive in France, were those of leaders of the Algerian resistance.

And the revolt led by Cheikh Bouzian in 1849 in the Algerian village of Zaatcha is described in the French book L’armée d’Afrique, which depicts his decapitated head on a pike, alongside his son’s and that of Si-Moussa al-Derqawi.

Historians believe a number of the skulls were of men who fought in the Revolt of Zaatcha, in which around 800 people were massacred.

Throughout France’s ruthless colonial rule, millions of Algerians were killed.

1.5 million of these lives were taken in just 8 years, as the struggle for Algerian independence finally came to and end in 1962, more than 100 years after the French invasion.

Following the discovery of these skulls, by Algerian historian, Ali Farid Belkadi, in March 2011, 24 of them were transported back to Algeria in July 2020, following an almost 10-year struggle to see these heroic freedom fighters finally laid to rest after almost 200 years in post-mortem exile. 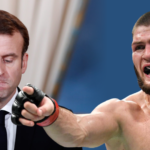 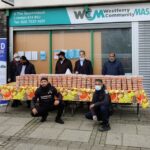