Social media users has been in uproar at the lack of media coverage given to the three Muslim black men who were killed ‘execution style’ in Indiana, America.

Their bodies were found on Wednesday 24th February according to local police reports.

People around the world have spoken out against the lack of importance given to the case by the Police and by the media.

3 young muslims killed execution style in fort wayne, indiana…but no one’s heard anything about that

I’m from Fort Wayne and I didn’t even hear about this https://t.co/QirTzus1yj

Where is the coverage on the three young Muslims shot execution style in Fort Wayne, Indiana? Where!!???

The story began to gain more attention after well known figures started talking about it.

Pray for our little brothers. Demand justice & accountability for their murders. No one deserves this. All 3 killed…

Friends: Please speak to your contacts in the national media to get them to cover this story. Go to the Facebook page…

I’m saddened by the death of 3 young African Muslims, shot execution style in the US. May the perpetrators of this crime get their dues.#OurThreeBoys #IndianaShooting

Some were angry about the lack of attention given to the case by the wider Muslim community, speculating that this might be due to the fact that the 3 young men were black.

A petition has been started urging authorities to conduct a comprehensive investigation.

Sign and share this petition demanding a full investigation of the murders of Adam Meki, Mohamadtaha Omar and Muhanad…

#OurThreeBoys So saddened to hear of the execution style deaths of these young men. No motive is known yet, but 3 lives…

A heartbreaking and emotional post was shared by the sister of one of the boys who was murdered, describing how humble and loved he truly was.

My brother was a good boy. He didn’t do anything wrong. He never joined a gang, never did drugs or drunk alcohol. He…

The Janazah (Islamic funeral) of 2 of the 3 who were killed has now been conducted, people from all across the country attended to show their respects:

2 of the 3 Muslims found killed execution style in Ft. Wayne were buried yesterday. Please keep all 3 of them and their…

Omar Suleiman, a prominent Muslim scholar had some personal thoughts to share around the murders and the reaction from the community at large.

Some personal thoughts on #OurThreeBoys:So I’ve been out of country and off of social media for a few days and only…

The hashtag #OurThreeBrothers is now being used to raise awareness:

Please everyone who helped me shine light on this heinous crime let’s use #OurThreeBrothers instead of #OurThreeBoys and get to work.

Our thoughts and prayers are with the 3 brothers and families. May they be forgiven for any sins and may their families be given strength and patience through this testing period. Ameen 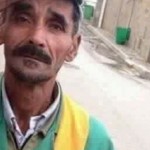 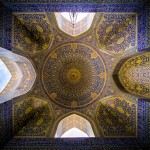