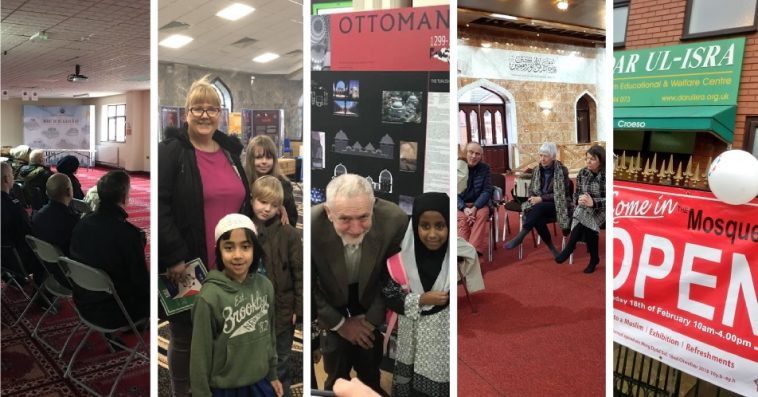 On Sunday 18th February 2018 over 200 mosques around Britain opened up their doors to their neighbours. Hundreds if not thousands of people from all faiths and none visited their local mosque to learn more about the Muslim community and the Islamic faith. For some, it was their first visit to a mosque.

Volunteers worked tirelessly to ensure visitors had a hospitable experience.

Mosques set up displays about the teachings of Islam:

Others delivered presentations and held Q&A’s for visitors:

One of the tours and interactive Q&A sessions being held today as part of our #VisitMyMosque day – come along to our mosque today if you would like to join a tour or ask a question, we’re here till 6pm pic.twitter.com/pXGpVbDoMP

Treats and refreshments were made available throughout the day ?:

The feedback was all-round positive with many taking to Twitter in order to share their experiences. The #VisitMyMosque hashtag was even trending in the UK.

Katja said that she had ‘learned a lot’ after visiting Canterbury Mosque:

Had an excellent time and learned a lot today at the Canterbury Mosque open day. Thank you all. #VisitMyMosque

Gareth Evans said he had an ‘amazing educational experience’:

One more from the amazing educational experience I had today #VisitMyMosque pic.twitter.com/QkqcuyOFJk

Michelle talked about learning about the similarities between her faith and Islam:

Michelle says her visit to Scunthorpe Islamic Centre was really informative and she had the opportunity to learn what Islam says about Mary and Jesus (peace be upon them). #VisitMyMosque pic.twitter.com/KwmbCJ1rJr

Darren enjoyed the opportunity to see the prayers in practice…

…and he loved the food too ?

Insightful afternoon at the local mosque examining the differences between religions and the importance of bringing people together. Really enjoyed it and big thumbs up to #VisitMyMosque

Politicians including MP’s, the Mayor of London, the leader of the opposition Jeremy Corbyn and Prime Minister Theresa May also visited their local mosques:

May well be one of the cutest pictures of Corbyn ever – today at Finsbury Park! #VisitMyMosque? pic.twitter.com/B3tmCnPZZl

A big well done to everyone who helped make Visit My Mosque 2018 successful. Hopefully it will be a means of greater understanding between communities. 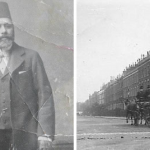 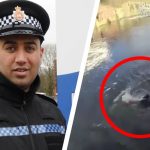