In November last year, President-elect Donald Trump was asked if he would require Muslims to register in a database, he replied:

“Oh, I would certainly implement that, absolutely.”

However, the Trump campaign have recently said that such a register was ‘never advocated’.

Now non-Muslims have come out in solidarity with their fellow Muslim Americans saying that they will register as Muslims if such a register were to be introduced.

The Jewish (ADL), which campaigns against anti-Semitism and other bigotry, said Friday that he would register as a Muslim if Donald Trump establishes a database of Muslims in America.

Jonathan Greenblatt, the director of the Anti-Defamation League told AFP,

“The day they create a registry for Muslims is the day that I register as a Muslim because of my Jewish faith, because of my commitment to our core American values, because I want this country to be as great as it always has been,”

Others took to Twitter to say that they will register as Muslims too using the hashtag #RegisterAsMuslim.

Andrew tweeted that he would not allow racism and anti-Muslim prejudice in the country:

I will not allow racism and anti-Muslim prejudice to run unchecked in my country. #RegisterAsMuslim #RegisterMe

Dale Shaver said it was unconstitutional and that he would register as Muslim and urged others to do so too:

If this abhorrent and unconstitutional Muslim registry ever gets started, I am going to #RegisterAsMuslim and I urge the rest of you to also https://t.co/JWrwvgQyt4

If the Trump Administration really starts a Muslim registry, I am converting to Islam and signing up. I urge everyone else to do the same.

Father Thomas said he was in too:

#TrevorNoah suggested we all #RegisterAsMuslim when they start registering Muslims. I'm in.

Trump wants a registery for Muslims just like Hitler did for Jews. If #IdiotPresidentElect gets his way I will #RegisterAsMuslim
RT

Martin thought that it was a moral obligation:

It will be a moral obligation to register as a Muslim. #RegisterAsMuslim is now a movement.

There have been many more tweets with people saying they will register themselves as Muslims if such a register were to be introduced:

If it comes to it, we should ALL #RegisterAsMuslim https://t.co/6KBlDNAcVW

Who will #RegisterAsMuslim ? I will if it comes to that.

Who will #RegisterAsMuslim ? I will if it comes to that. 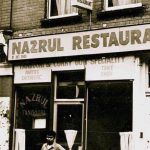 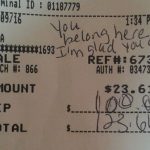