Trey Alexander Relford was sentenced to 31 years for his part in the murder of Salahuddin Jitmoud, a Muslim delivery driver, in 2015. However, an astonishing scene ensued in the courtroom as Abdul-Mumin Sombat Jitmoud, the victim’s father, forgave Relford during the hearing.

“Forgiveness is the greatest gift in Islam,” Abdul-Mumin Jitmoud said during the hearing, which lasted for almost three hours.

Relford, 24, pleaded guilty last month to complicity to murder, complicity to robbery and attempted tampering with evidence in the stabbing death of Salahuddin, who was 22 at the time. A conviction for Relford in a trial could have resulted in the death penalty.

This act of forgiveness however, took everyone by surprise.

“Out of something that is so tragic, there is really something beautiful here that is beyond really all of us,” public defender Shannon Brooks-English said.

“It’s a testament to Salahuddin that his family is able to forgive,” said Assistant Commonwealth’s Attorney Kathy Phillips.

Abdul-Mumin, who has spent a career as a principal in Islamic schools around the country, was called to the witness stand to give a victim-impact statement before sentencing.

“I’m angry at the devil,” he said. “I blame the devil, who misguided you to do such a horrible crime.”

Then, as the courtroom audience listened, Jitmoud told Relford: “I forgive you on behalf of Salahuddin and his mother.” (Salahuddin’s mother, Jamilah Linda Kay Kolocotronis Jitmoud, died in 2013, before Salahuddin was killed.)

Relford then addressed the victim’s father: “I’m sorry about what happened that day,” Relford said, wiping his eyes on the collar of his orange jail uniform. “I do applaud you because it takes a powerful man to know that someone has hurt them and to get up there and say what you just said. I can’t imagine the hurt, the pain. There’s nothing I can do … I thank you for your forgiveness.”

This incident shows the power of compassion and forgiveness and how even the darkest of moments can result in a heartwarming lesson for us all. 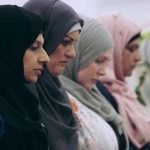 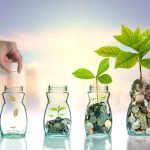