My Week as a Muslim

On 23/10/17, the British television network Channel 4 aired a compelling documentary titled: My Week as a Muslim in which a non-Muslim from a predominantly white town experiences life disguised as a Muslim in the Muslim community of Manchester. The two main participants in the programme were Katie Freeman and Salma Alvi. The former, a 42 year old mum from Winsford, Cheshire who works for the NHS with a previous career at the Royal Air Force and the latter, a Manchester based school teacher, active community member and mum of four.

The documentary was produced by Fozia Khan with the intention of educating the wider public and although there were reservations by individuals on issues such as how one of the contributors was portrayed, I thought that it was informative and had covered many issues that we could explore which will be shone upon in my reflection below.

Katie Freeman, in her attire and prosthetics after she was disguised as a Pakistani Muslim. / Channel 4

Ignorance of the other

The first issue I’d like to bring to light is that being ignorant and misinformed of one another is problematic and can lead to having unjustified perceptions and opinions.

The late African-American activist Malcolm X proclaimed: “Ignorance of each other is what has made unity impossible in the past. Therefore we need enlightenment. We need more light about each other. Light creates understanding, understanding creates love, love creates patience, and patience creates unity”.

The start of the programme demonstrated how Katie was misinformed and ignorant when it came to Islam and the Muslim community. As a resident of Winsford, a predominantly white neighbourhood in Cheshire, she felt as though she was in another country when she visited parts of Manchester that were populated by Muslims.

Katie, also known by her pseudonym ‘Khawla’ in the documentary, had also admitted to have never stepped into a Muslim home, nor tried (South) Asian food and mentioned how Saima’s dress sense was not considered British dress. On the other hand, Saima and her family didn’t know what to expect and one of her daughters can be seen anticipating to see whether Katie may be a racist or not.

What distinguished Katie from many other individuals is that she took the initiative to challenge her assumptions, judgements and ignorance of Islam whilst also wanting to understand the Muslim community better by taking part in this experiment.

In most cases when a tragedy or attack is carried out in public, before the perpetrator is identified or the facts have come to light, the public finger of suspicion is pointed towards the Muslim community. This has caused many Muslims to feel apologetic and guilty when they have had no part to play in the tragedies.

Coincidently on May 22nd 2017, on the second day of filming the documentary, 22 people died as a result of the attack and explosion at an Ariana Grande concert at the Manchester Arena. This left Saima and Katie equally heartbroken and affected as it was something horrific that took place which was very close to them.

Although the perpetrator was not yet identified at that point, Katie understood and pointed out how with most terror attacks the finger of suspicion is pointed towards the Muslim community to which Saima shared her experience of how challenging this can be for Muslims living in the UK.

In my opinion, there are multiple reasons that contribute towards this narrative. One of them Is the way the media portrays what is considered a terrorist attack; which is when the perpetrator is a Muslim or has a Muslim name. This labelling is usually applied no matter how small the attack is, however, when other attacks such as the recent Las Vegas shooting that took place in which 58 people had been fatally shot by Stephen Paddock, the corporate media failed to call it a terror attack.

There are numerous examples of such cases and in many of them, the Muslim community is targeted; this points towards an existence of a double-standard in dealing with Muslim and Non-Muslim crimes respectively. 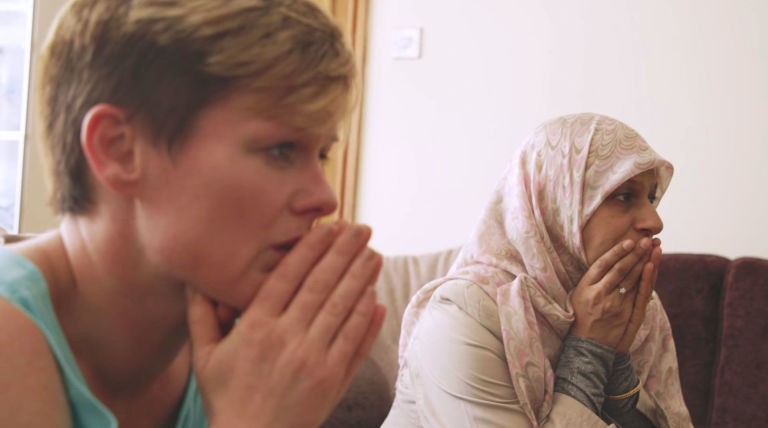 Katie and Saima watching the news after the Manchester Attack had took place. / Channel 4

Islamophobic groups such as the EDL and Britain First tend to accuse the Muslim places of worship known as mosques or Masājid for radicalising attendees and promoting terrorist ideologies.

Saima and Katie also discussed and had a disagreement on the issue of whether the Muslim community and the local mosque was responsible for radicalising the perpetrator of the Manchester attack – Salman Abedi. Katie said that it was the (Muslim) community that bred the terrorist since he grew up in the community and had attended the Didsbury Mosque in Manchester.

Saima responded by stating how it is ludicrous to blame the ideology of the attacker on the mosque since it is in mosques that love and peace is spread; not hate and terror. Saima did acknowledge how there are other ways that he could have been radicalised such as watching certain videos online or through the use of social media.

I understand how Katie may have this perception, but as a person who has lived in the Muslim community all their life as well as having attended a countless number of mosques in the UK, I can confidently agree with Saima that the blame should not be put on the mosque and rather the mosque is a place where Muslims congregate to worship, meet each other and take part in community activities. If there is any evidence of a particular preacher or mosque radicalising its’ attendees, then know that this is the exception – not the norm.

On the flipside, Abedi was actually banned from Didsbury mosque for criticising the Imam whilst he gave an anti-extremism speech. He was also reported multiple times to anti-terror hotlines from members of the Muslim community[1] and the MI5 were aware of him and his ideology.

The mosque has been very active over the years and has consistently had open days for non-Muslims on a weekly basis as well as being involved in various other community activities. After examining this, it would only be unjustified to put the blame on the Muslim community and mosque for this horrendous attack.

A representative of Manchester’s Didsbury Mosque making a statement against the Manchester Attack.

The inquisitive Winsford-resident, had the first-hand opportunity to experience the life of a Muslim in day to day matters. She spent time socialising with Saima’s daughters, helped out in the Muslim soup kitchen and even got the chance to experience a marriage meeting at the local Muslim marriage bureau.

Katie expressed her surprise or perception on certain issues such as Muslim girls not socialising with Muslim boys and how the Muslims met at a marriage bureau as opposed to the local nightclub which she thought did not ‘feel natural’.

On this point I would mention that firstly just as with between other religions and cultures, Muslims also choose to do certain things differently whether that be on a societal or domestic level. What you perceive to be different is subjective as what you may do will be considered different to people from other religions, places and cultures. This is the simple nature of humanity which reminds one of the Qur’anic verse:

O mankind, indeed We have created you from male and female and made you into nations and tribes so that you may know one another. Indeed, the most noble of you in the sight of God is the most righteous of you. Indeed, God is All-Knowing and Acquainted.

This Qur’anic narrative encourages human beings to educate themselves whilst also making effort to communicate with and learn from each other. Furthermore, it teaches that only righteousness can differentiate who is superior; something that not only motivates us to be better people, but also profoundly shows that the only one who can make this judgement is God since he alone knows what is concealed within the hearts.

I would encourage every person who may have misconceptions about Islam to learn about the religion from credible sources and to also take the initiative to meet the Muslims within their community. The next national #VisitMyMosqueDay will take place on 18th February 2018 and will see over 200 mosques in the UK opening their doors to the wider community.

Luqmaan recently graduated with a BA (Hons) degree in Islamic Studies with research focused on the contemporary atheist critiques of Islam. He is actively involved in conveying the message of Islam and connecting with people of other worldviews and faiths. His passion has enabled him to participate in projects and activities in the UK and across the globe. 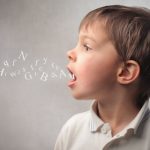 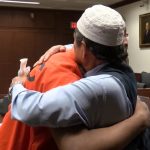