On 23rd June, Britain voted to leave the European Union. Some supporters of Brexit have been accused of stoking up anti-immigrant sentiment in order to convince the public to vote out.

But in a Facebook post on the day of Eid, writer Toy Miah has used Uber to prove that Britain can’t do without immigrants:

Because Muslim drivers have taken the day off today, the cost of Uber has gone up by 3. A journey that would normally cost around £5 is costing around £15 today. That’s just because a large percentage of Muslim Uber drivers took a day off for Eid. Imagine what would happen if every Muslim, every immigrant, every “person of colour” and every person considered not to be worthy of living in the UK by groups such as the EDL and UKIP were to take a day off, on the same day, at the same time! National Immigrant Day. Then you’ll see how we contribute to society ?

Because Muslim drivers have taken the day off today, the cost of Uber has gone up by 3. A journey that would normally… 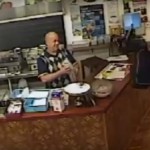 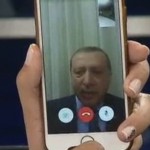