American Imam, Zaid Shakir has posted a message on Facebook calling for calm and understanding after recent events left the country in shock.

There was outrage after two videos featuring the brutal killing of two black men at the hands of police officers emerged.

This was followed by the killing of five police officers at a protest in Dallas.

The recent killings of Philando Castile and Alton Sterling are inexcusable outrages and the police officers involved in those shootings should be duly tried for their crimes. These and similar police killings, however, can not be used as a blanket indictment against all police officers, the overwhelming majority of whom carry out a very difficult job with great professionalism and discipline. Furthermore, we must never, ever allow any justification or rationalization for the type of dastardly ambush and murder that took the lives of five unsuspecting police officers last night in Dallas, Texas. Murder is murder and it is condemnable regardless of who the victim or the perpetrator might be.

This recent spate of killings will further stoke the fire of racial tension simmering in this country. We must not allow demagogues to exploit these tragic events to advance vile agendas that seek to bring out the worst in us. We must empathize with each other and understand that whenever an innocent life is taken, black or white, civilian or police, rich or poor, communities are traumatized and families are destroyed. May God help us all to be better people than what the sad and painful aspects of our history sometimes urges us to be. We need each other in order to begin to heal each other.

The recent killings of Philando Castile and Alton Sterling are inexcusable… 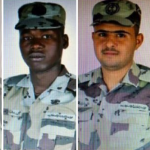 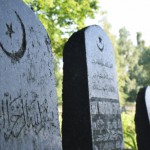