British MPs are debating in parliament whether or not to carry out airstrikes on ISIS/Da’esh targets in Syria. A US-led coalition has been bombing ISIS targets in Syria for over a year but according to a defence official, there has been ‘no meaningful degradation in their numbers’. On the contrary, ISIS recruits have surged following the airstrikes as they feed into ISIS propaganda.

Will British airstrikes have a significant impact? Probably not. Will innocent civilians die as a result? Most Probably. 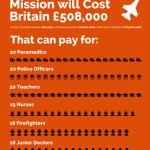 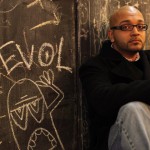