A homeless man schooled me last night. I was sitting outside on some steps and sipping tea with some film making friends in town from London, talking about art when a homeless man came up to us and interrupted our conversation.

He asked for some money and I said “Well if you’re looking for some food, I can buy you something.” But he repeatedly refused.

He said he needed money because he was trying to raise $50 to stay at a nearby hostel for the night. Even a dollar will help him get closer to that amount he said.

“Food is not going to get me in that shelter,” he said. “I’m cold man, I don’t want to sleep out here any longer.”

I still felt hesitant and didn’t know what to make of what he said so I replied by saying “Like I said, I can help you with some food if you’re hungry.”

He walked towards me and looked at me with disgust.

“Come on man, you don’t want to give me money because you think I’m going to use it on drugs,” he said. “Are you Muslim?”

I said yeah, assuming he thought I was by noticing my hairy face.

“OK well I’m Muslim too,” he said. “And what does Islam mean? It means ‘to submit’ – to the will of Allah and his commands like performing good deeds and being charitable with one another.”

He then pointed to the street corner and goes “If Prophet Muhammad, peace be upon him, was standing right there, what do you think he would say if he looked around and saw our community? Imagine what he’d say when he saw the Christians and Jews doing so much to help the people in their community and the Muslims doing nothing to help their own.”

I had no response, neither did my friends. We just continued to listen.

He then brought his fingers together in an upward motion, kinda like the stereotypical Italian hand gesture.

He continued dropping verse after verse of the Quran and quote after quote of Prophet Muhammad.

“I’m a Muslim man, and Allah commands us to be truthful. We’re told to watch what comes off our tongues.”

“There are two things that will lead us to the hellfire,” he said pointing to his tongue and his crotch.
I chuckled.

I started thinking about how hard my heart had become. This whole time I assumed the worst of this man, that he was some kind of alcoholic or drug addict, and he was asking for money to fuel some destructive behavior.

How much of that is true versus the devil whispering these things in my ear as a desperate way to avoid helping someone? How arrogant have I become?

I reached into my pocket and gave him all the cash I had, five bucks.

I mean after hearing what this man had to say, were those five dollars really worth stubbornly holding onto? What true attachment did I have to that money that made me too arrogant and important to help someone in need, regardless of what his faith was?

Whatever he ends up doing with that money, that’s between him and Allah. But if I were to hear those verses he recited and did absolutely nothing, then that would be totally between me and Allah.

He then mentioned he was also looking for work. I told him I volunteer with a group on Wednesdays called Muslims Against Hunger, where we set up a table in Harlem on a street corner and provide meals to anyone that’s interested. I gave him my card and told him to come by, because there’s a lot of people that volunteer there that can help people find work.

He shook my hand and introduced himself as Abdullah and said he’d call me Wednesday afternoon. I hope he does. Badly. My attempts to help him pale in comparison to all the hurtful things I assumed about him.

And here’s the thing, as a Muslim I should know what this feels like. How much does it hurt me when a non-Muslim goes “I saw a story on the news about Muslims murdering someone, you guys are all hateful terrorists.”

Aren’t I doing the same thing to homeless people, seeing or hearing about 1-2 examples and assuming everyone is like that?

Abdullah walked away and my friends discussed what an incredible moment that was. My friend Shehroze also gave him a dollar and my other friend asked Shehroze why he gave to the guy.

Because when he said “What if Prophet Muhammad was standing right there,’ I knew I would probably run away in the other direction,” Shehroze said. “Because I’d be too ashamed to face him.” 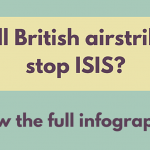 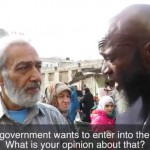