In recent times we have witnessed the persecution of innocent people across the world. From the ongoing Syrian conflict to a surge in Islamophobic attacks on Muslims in the West. Our rich Islamic history provides countless examples of figures standing up for the truth and exercising forbearance. Yet, one scholar’s example is particularly profound, that of Imam Ahmad ibn Hanbal (May Allah have mercy on him).

Imam Ahmad ibn Muhammad ibn Hanbal (164-241 AH/780-855 CE) is an exemplary figure from the first three generations after the Prophet (peace and blessings be upon him). An illustrious scholar noted for his asceticism, erudition as well as his Musnad, he is also the founder of one of the four schools of thought in Islamic jurisprudence. His scholastic accomplishments truly need no introduction.

However, amongst the achievements that distinguishes Imam Ahmad is his fortitude and steadfastness upon the truth when he was persecuted by the Mu’tazilite establishment. During the second century, Hellenistic thought began to seep into Muslim lands through the availability of Greek works translated into Arabic. The supposed rationality of these treatises appealed to a faction of the Muslims, as they attempted to ‘reconcile’ Islamic doctrine with philosophical supposition. At the forefront were the Mu’tazilites, who advocated a belief that the Qur’an – the eternal word of God – was created.

Through the support of the Abbasid regime, this belief was imposed upon Muslims as state doctrine. Many scholars at the time ceded to this belief either due to convenience or fearing persecution and torture from tyrannical governors. The execution of many scholars who maintained the orthodox stance only emphasised the scourge engulfing the Muslims at the time. Meanwhile, the great Imam was not executed, but his courage against the heretics culminated in his imprisonment and torture. The oppressors fettered Imam Ahmad in shackles and whipped him relentlessly as they urged him to retract the orthodox view of the Muslims. Imam Ahmad, whilst in the state of fasting, was implored by those who witnessed his torture to retract his view and profess the Mu’tazilite doctrine to save himself (as it is advised to save one’s life in such a situation). Yet Imam Ahmad remained steadfast, as he had a greater concern for the Ummah and what would happen if he surrendered to the deviants.

Imam Ahmad acknowledged the responsibility that rested on his shoulders due to his status as a true scholar of the believers. Thus, he was uncompromising and remained patient, despite his captors warning him that he could die like this. Imam Ahmad simply replied, “al-farqu baynanaa wa baynakum al-jana’iz” (the difference between us will be manifested in our funeral prayers)” (i.e. that they should beware of what happens at their deaths and to observe his). They knew he would be resilient to uphold the truth and he was finally released after spending over two years in imprisonment. He eventually passed away at the age 77. One of his sons mentions that his father still had scars from the lashes when he passed away. Despite this, over 800,000 people attended his janazah in Baghdad to pay tribute to the noble scholar. It has also been recorded that twenty thousand people accepted Islam on that day.

The words with which Imam Ahmad warned his persecutors was manifested. His patience and perseverance was truly accepted by Allah as the great Imam remained fearless and unwavering in his position. It is also due to this ibn Qutaybah states,

“When you find a person who loves Ahmad ibn Hanbal, you should know he is a follower of the Sunnah.”

Imam Ahmad not only left a legacy in the Islamic sciences, from hadith, jurisprudence and theology, but he also symbolised the example set by our beloved Prophet (peace and blessings be upon him) and his companions (may Allah be pleased with them all) in standing up for the truth and remaining steadfast in turbulent times. It is for these reasons he is recognised as the mujaddid (reviver of the deen) of his time.

May Allah enable us to follow the footsteps of such great figures. Ameen. 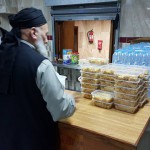 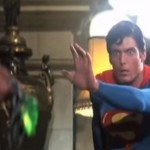