History has seen many of the great Islamic personalities arrested and imprisoned due to political motivations. Leaders who see individuals who are a threat to their rule often try to silence them and have them arrested under bogus charges or misconstrued evidence. It continues till today and our brothers and sisters who have been unjustly imprisoned can take solace from the steadfastness and struggles of these great Islamic personalities who too were imprisoned unjustly.

Zuleikha’s failed attempt to seduce Prophet Yusuf (peace be upon him) led to his arrest and imprisonment. It can be argued that it was politically motivated as the news had spread of the incident in the town and people had begun gossiping about the ‘Aziz and his wife’s attempt to seduce her servant. The spread of this news would have led to the end of his political career and as part of damage limitation and to stop this scandal further damaging his political reputation, he had Yusuf imprisoned to make him look like the guilty one although evidence had proved otherwise.

Uthman ibn ‘Affan (May Allah be pleased with him), the third khalif was effectively put under house arrest for 20 days by rebels who were not pleased with his governorship. Misunderstandings of his decisions and lies concocted by his adversaries had emboldened rebels to take arms and lay siege to his house. They eventually attacked him causing him to become a martyr.

Abu Ja’far Al Mansur, the Abbasid ruler at the time offered Imam Abu Hanifa (May Allah have mercy on him) the post of Chief Judge, but he refused to accept the position saying he did not think he was fit for the role. He did not want to be part of the corrupt regime as history has seen that rulers often use scholars to issue edicts to justify their misdeeds. Taking this refusal as a challenge to his authority, Al Mansur had him arrested, thrown into prison and tortured. He continued to teach in prison until he passed away.

The governor of Madinah forced people to take the oath of allegiance to Al Mansur, Imam Malik (May Allah have mercy on him) issued a Fatwa that such an oath was not binding because it was forced. Imam Malik was arrested, found guilty of defiance and publicly flogged.

Imam Ash-Shafi’i was arrested and taken in chains to Baghdad on false charges of supporting rebels in Yemen. When the khalif of the time Harun Al Rashid met him, he was impressed with his learning and eloquence and released him from prison.

Imam Ahmad’s (May Allah have mercy on him) refusal to accept authority of the rulers of Mu’tazili doctrine and refusal to accept that the Qur’an was created rather than the uncreated speech of Allah led to his imprisonment in Baghdad during the reign of Abbasid leader Al Mamun. During the rule of Al Mu’tasim, Imam Ahmad ibn Hanbal was flogged until he became unconscious. He was eventually released by Al Mutawakkil.

May Allah free the prisoners of the Muslims who have been unjustly imprisoned. 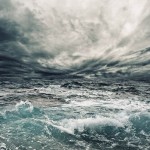 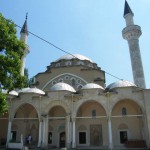