Something amazing happened to me at Hajj…

I have been going through some financial difficulties as a result of a big corporation making a small avoidable mistake that has cost me a couple of thousand pounds. This had an indirect consequence which resulted in other debts too.

I had threatening calls, emails which even led to a court case that I eventually lost, though the judge was sympathetic. I was told to give up and cut my losses and just get over it, but I persisted.

With all these debts looming over my head, I still decided to make Hajj this year. I made du’a that Allah relieve me of my debts and he make successful in this life and the hereafter.

Having completed Hajj, I was waiting at Jeddah airport to board the plane back to London. I checked my emails and to my shock, one of the big corporations I was dealing with, decided to reimburse me in full!

But the story doesn’t end there. Someone who knew of some of my issues and without me even asking, offered to pay off all my debts.

I politely declined. How true are the words of the Prophet ﷺ

“Keep on doing Hajj and ‘Umrah, for they eliminate poverty and sin just as the bellows eliminate impurities from iron, gold and silver.” (Tirmidhi) 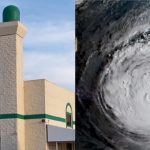 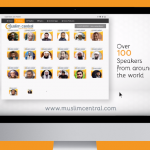