What happens when a simple rickshaw driver finds a lost bag with more money than he has ever seen before? He earns a meager £2.50 a day and this money could help him a lot!

Aabid Qureshi, a 25 year old rickshaw driver from India’s Jaipur waits 6 hours on the side of a major street looking out for anyone who might come to claim the bag. At 10 PM he returns on his rickshaw to his home with the bag and shows it to Ameena, his wife. Her reaction is firm & spontaneous: “Why should we keep the cash?” She remarks. “No thank you! We’re happy with the honest wages we earn!”

The honest couple then take the heavy cash-laden bag to the police station where the constable counts the many  500 Rupee notes; which reach more than a 100,000 Rupees (just under £1,000) – an amount which would take him 200 days to earn!

The couple have told news agencies that their neighbours urged them to keep the money:

“We were restless the whole night. Next morning, we shared the matter with our neighbours, who asked us to keep the money to change our life. But we know that ill-gotten wealth brings problems and we did not think of keeping the money even for a second,”

An award for Aabid has not yet been announced though Jaipur ‘s chief of police,  Janga Rao has said:

“A man who is a rickshaw puller who comes across 100,000 Rupees and gives it to the police is quite praiseworthy,”

For Aabid, all the media attention has been a little bewildering and has said that he’s almost back to grinding it out on the hot streets of Jaipur. May Allah bring prosperity to his life. Ameen 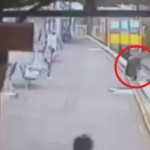 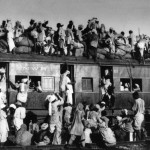