An Australian Muslim Woman has saved the life of a schoolgirl who fell onto the tracks after running after a hula hoop which she was playing with.

This heart-stopping footage released by Australia’s transport authorities shows a quick thinking Muslim woman dressed in Hijab pulling the school girl to safety just moments before a train arrives at the platform.

The identity of the Hijabi hero remains unknown but her actions are certainly known by Allah. 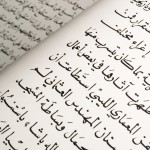 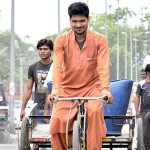