On June 11, Dr. Adel Mahmoud, an infectious-disease expert who played a critical role in the development of lifesaving vaccines, died at the age of 76 in Manhattan.

Mahmoud oversaw the development and marketing of several vaccines, as president of Merck Vaccines from 1998 until 2006, that brought major advances in public health. One such vaccine prevents human papillomavirus, or HPV, which causes cancers of the cervix, anus, genitals and middle of the throat. Another protects against rotavirus infection, a potentially fatal cause of diarrhoea in babies.

Mahmoud also helped introduce a combination vaccine against diseases like measles, mumps, rubella and chickenpox, as well as one to prevent shingles, the painful and debilitating illness that can develop when a previous chickenpox infection is reactivated.

“The rotavirus and HPV vaccines were contentious subjects and might never have reached the market without Mahmoud’s determination” said Dr. Julie L. Gerberding, an executive vice president at Merck & Co., and former head of the federal Centers for Disease Control and Prevention. She joined Merck after Mahmoud retired but considered him as a “lifelong mentor.”

“Mahmoud championed those vaccines because he recognized their potential to save lives”, she said. Every year, cervical cancer and rotavirus infections kill hundreds of thousands of women and children around the world.

Dr. Mahmoud studied medicine at the University of Cairo, graduating in 1963. He left Egypt for Britain in 1968 and in 1971, earned a doctorate from the London School of Hygiene and Tropical Medicine. He undertook research on diseases caused by parasitic worms and the role of a certain type of blood cell in the body’s efforts to defend itself. He then later emigrated to the United States in 1973 to work at the Case Western Reserve University in Cleveland.

Microsoft founder Bill Gates paid homage to Dr. Mahmoud in a tweet, saying, “the world lost one of the greatest vaccine creators of our time. Dr. Adel Mahmoud saved the lives of countless children.”

Earlier this month, the world lost one of the greatest vaccine creators of our time. Dr. Adel Mahmoud saved the lives of countless children. https://t.co/FQFpS0U9Pb

Dr. Mahmoud was clearly a prodigy, and the above is just a sample of his immense contribution to the field of medicine. While he will be sorely missed, his legacy will live on in the lives his work has saved. 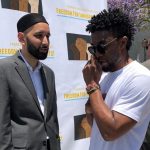 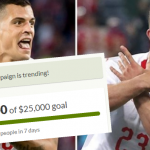