A Christian judge from Lebanon has handed down an unusual sentence to three young Muslims men after they were found guilty of insulting Mary, the mother of Jesus (peace be upon them).

Joceline Matta ordered the men to memorize verses from a chapter of the Qur’an called ‘Aal-Imran’. The verses make mention of Jesus and Mary.

Insulting Mary and Jesus is a grave sin in Islam and can tantamount to disbelief.

Matta noted Islam’s great respect for Mary who has a whole chapter dedicated to her. The judge wanted to teach the young men about Mary through this unusual sentence.

“The law is a school and not just a prison,” she said.

Lebanese prime minister welcomed the sentence saying it was a great way of creating understanding between both religions:

The following are some verses about Mary mentioned in the Qur’an in the chapter ‘Aal-Imran’:

3:42 – And [mention] when the angels said, “O Mary, indeed Allah has chosen you and purified you and chosen you above the women of the worlds.

3:43 – O Mary, be devoutly obedient to your Lord and prostrate and bow with those who bow [in prayer].”

3:45 – [And mention] when the angels said, “O Mary, indeed Allah gives you good tidings of a word from Him, whose name will be the Messiah, Jesus, the son of Mary – distinguished in this world and the Hereafter and among those brought near [to Allah ].

3:46 – He will speak to the people in the cradle and in maturity and will be of the righteous.”

3:48 – And He will teach him writing and wisdom and the Torah and the Gospel

3:49 – And [make him] a messenger to the Children of Israel, [who will say], ‘Indeed I have come to you with a sign from your Lord in that I design for you from clay [that which is] like the form of a bird, then I breathe into it and it becomes a bird by permission of Allah . And I cure the blind and the leper, and I give life to the dead – by permission of Allah . And I inform you of what you eat and what you store in your houses. Indeed in that is a sign for you, if you are believers.

3:50 – And [I have come] confirming what was before me of the Torah and to make lawful for you some of what was forbidden to you. And I have come to you with a sign from your Lord, so fear Allah and obey me.

3:51 – Indeed, Allah is my Lord and your Lord, so worship Him. That is the straight path.” 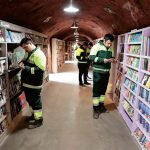 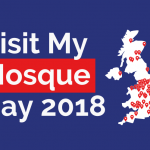