Test this against the next interview you hear or watch from an Israeli sympathizer or a government spokesperson.

1. We haven’t heard reports of deaths, will check into it;

2. The people were killed, but by a faulty Palestinian rocket/bomb;

3. OK we killed them, but they were terrorists;

4. OK they were civilians, but they were being used as human shields;

5. OK there were no fighters in the area, so it was our mistake. But we kill civilians by accident, they do it on purpose;

6. OK we kill far more civilians than they do, but look at how terrible other countries are!

7. Why are you still talking about Israel? Are you some kind of anti-semite? 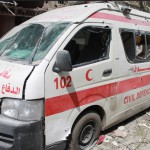 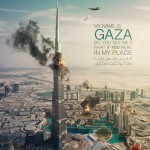