Step into the beautiful Hamidiye Camii (masjid) located in the central Turkish city of Kırşehir. 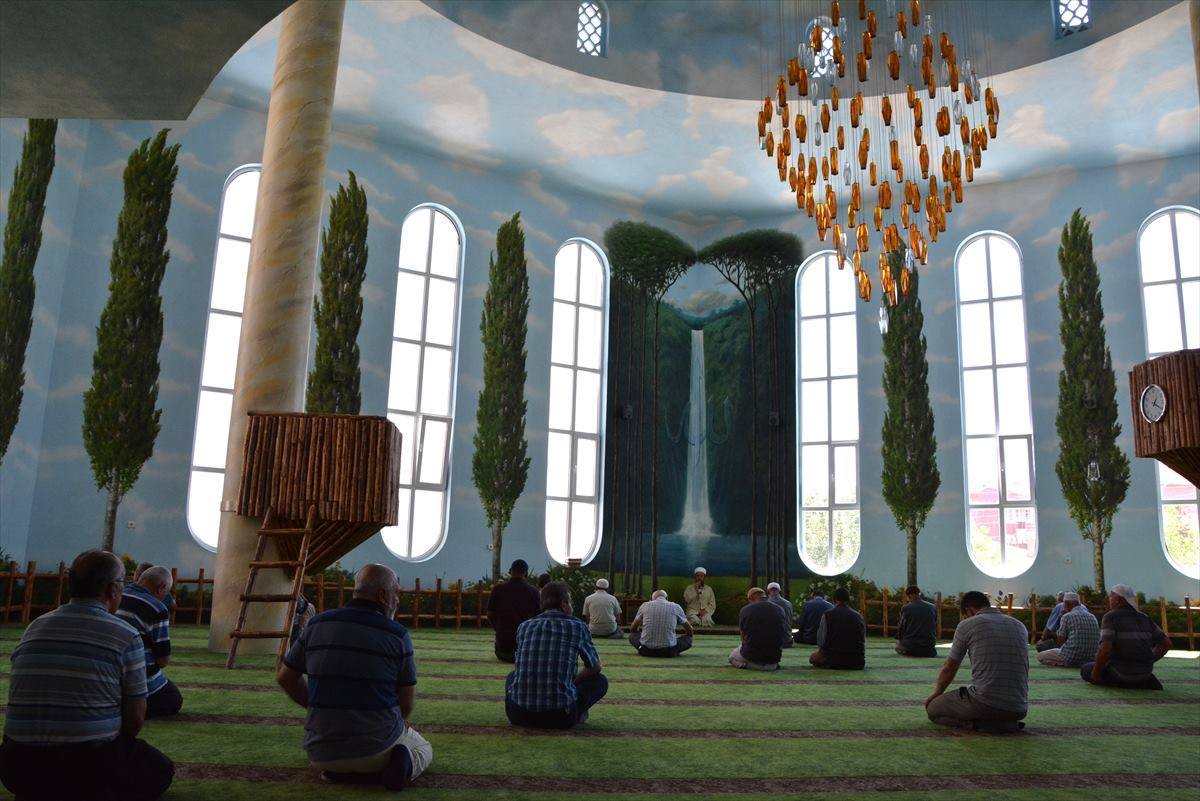 This masjid has been drawing in many people for five-time daily prayers from the local community due to its unique ceiling adorned with a beautiful sky, and its carpet that looks like grass; all of which has been inspired by a verse in the Qur’an.

It was initially built in the 1910’s under the Ottoman Caliphate in the Yenice neighbourhood of Kırşehir and was named after the great Caliph of Muslims, Amir al-Mu’minin Sultan Abdülhamid II Khan; but as the decades went by, the masjid was neglected and dwindled into a state of disrepair. As such, it was recently demolished and replaced by the newly built Hamidiye Camii on the same site.

The artistic motifs inside the masjid were drawn and painted by an Azerbaijani architect, and it has certainly garnered some attention since it opened last year, drawing people from all over the city – and beyond – to see its inner beauty, and for prayers. 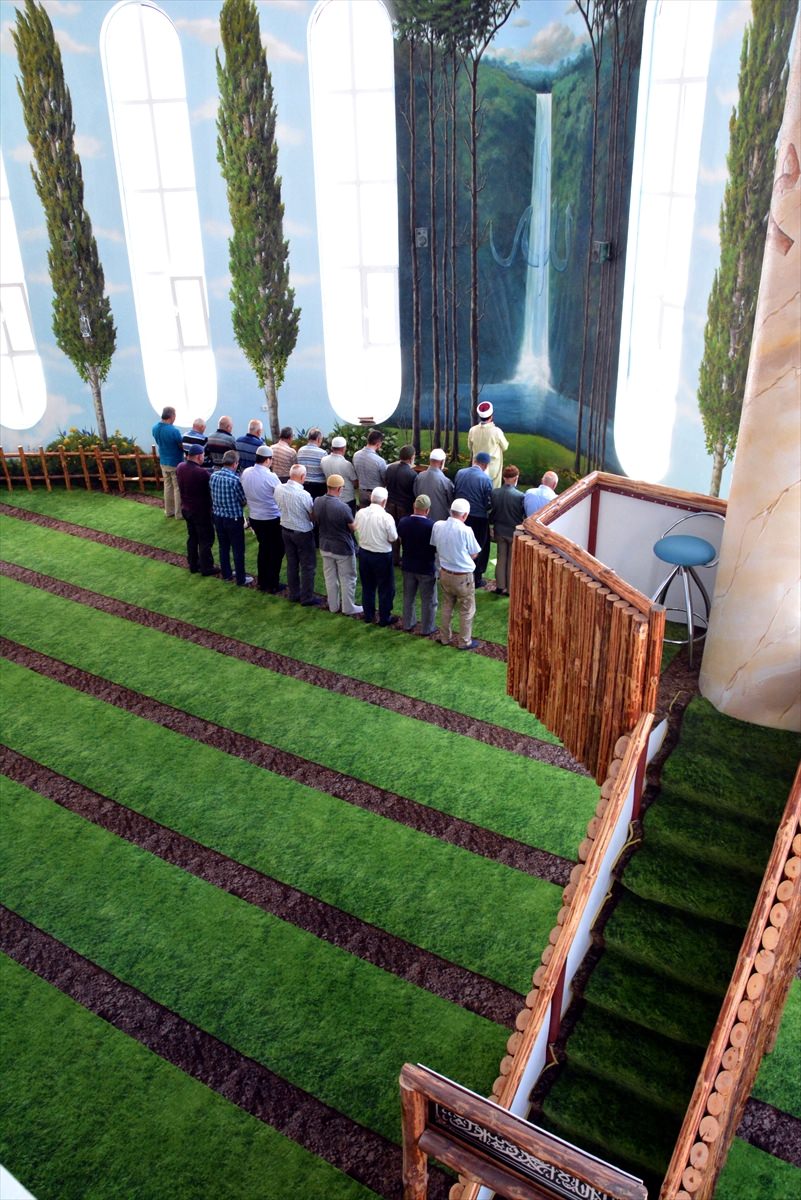 One congregant remarked: “It’s as if I felt like I was praying in the gardens of jannah (heaven).”

The Imam of the masjid, Sefa Ekinci said: “When I was assigned to this masjid as an imam, I started to gather as much information as I could about its history and also the developments that were done on the new project to date. The people involved in the project told me that they were inspired by Ayah (verse) 22 from Surah (chapter) al-Baqarah from the Holy Qur’an” which reads:

“(Allah) Who has made the earth a resting place for you, and the sky as a canopy, and sent down water (rain) from the sky and brought forth therewith fruits as a provision for you. Then do not set up rivals unto Allah (in worship) while you know (that He Alone has the right to be worshipped).”

Ekinci continues: “We prepared the groundwork of the masjid, then we started the painting and let the water fall from the sky, we also placed a waterfall above the mihrab prayer niche and trees were painted in between each window pane on the walls. We genuinely tried to capture the spirit of the ayah into the design of the masjid’s interior.” 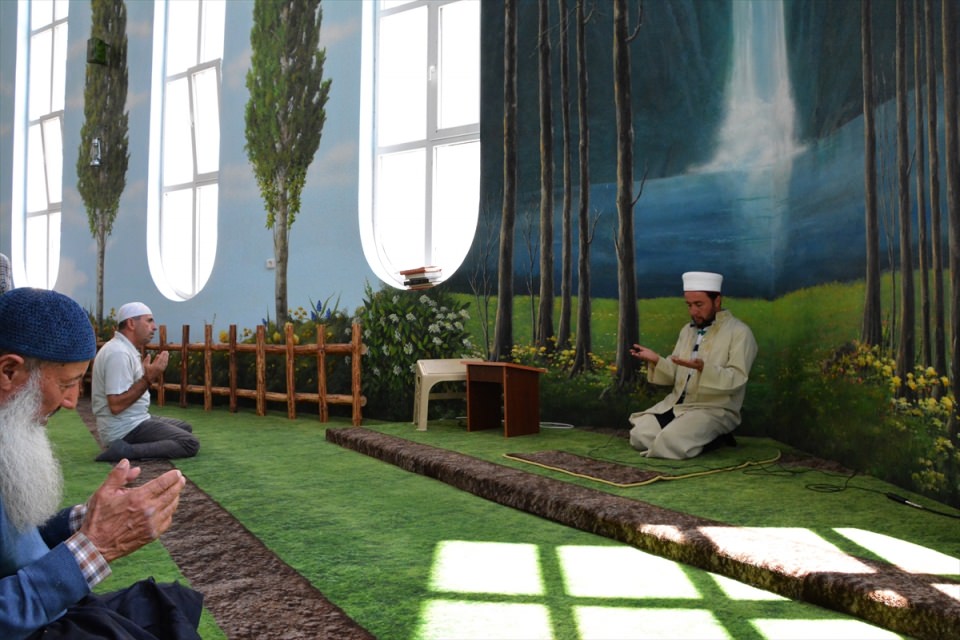 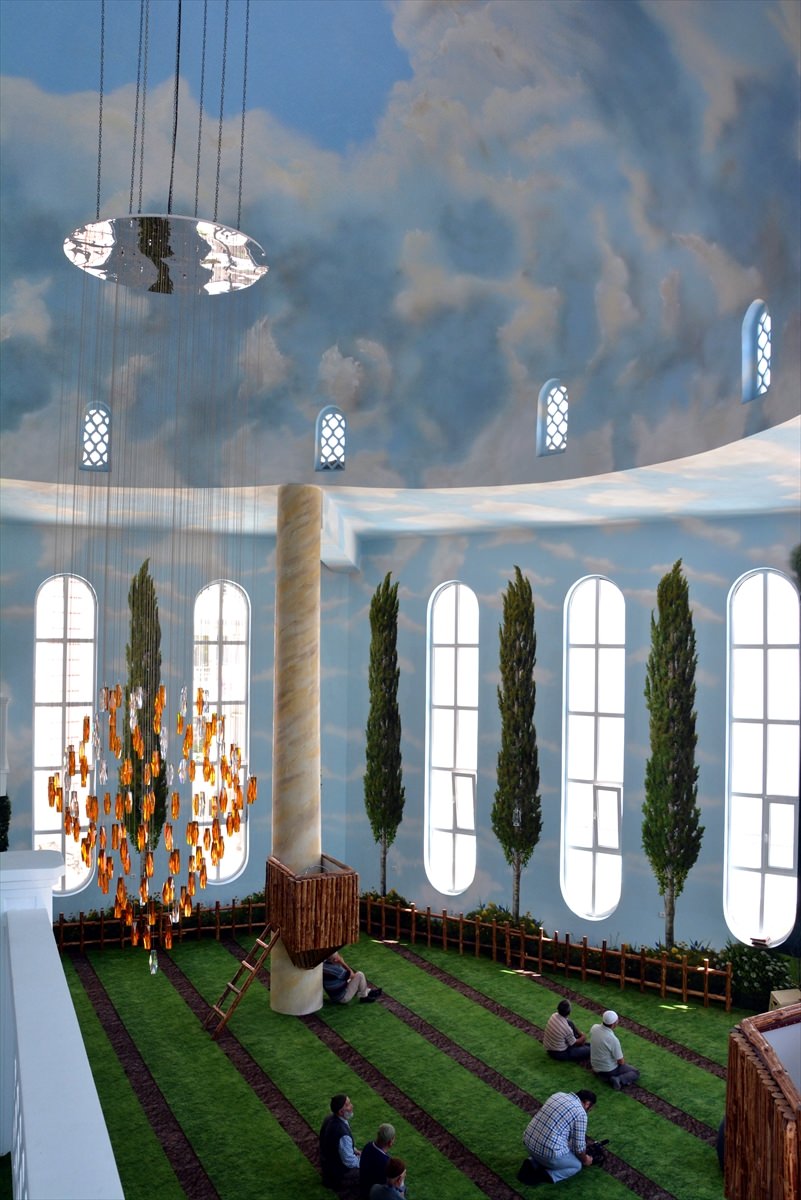 Local resident and retired imam, Yılmaz Akçakaya echoed these statements and said that the physical size of the previous Hamidiye masjid that was on this property was “quite small and was not fitting the needs of our community, as we had too many congregants and it could not accommodate everyone. Many people contributed financially to this project, and I appreciate all of the contributions from our community members, may Allah be pleased with all of them. The exterior design of our masjid is stunning, and the interior design is just as stunning. Whenever I enter into the masjid, I feel so different and inner-peace starts to overcome me. We are able to do our worshiping with complete tranquility.”

Find this masjid’s location on a map here 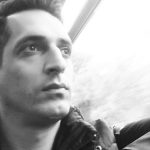 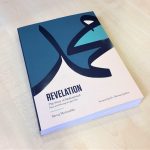