Last night, after careful thought, I finally told my 4 year old, the secret that I had been keeping from him since his birth.

In his dimly lit room, while he snuggled up in his cosy warm bed, instead of the usual bedtime story-telling routine, I held his small, beautiful hands and prepared him for what was about to come.

“Son, I have something really important to tell you tonight, something that I wanted to wait to tell you until you were old enough to understand” I said with a straight face, but I knew that my worry of the realisation of what I was going to reveal must have been apparent.

“What is it dad?” he replied with concern. I could see the anticipation in his eyes like he somehow already knew that the words that he was about to hear would be life altering.

And indeed they were.

“Puppa, your daddy always tells you that you’re our superhero, well, it’s about that.”

As if the intrigue wasn’t already at it’s highest point, the word ‘superhero’ was sure to tip it over the edge.

After a short but significant pause I continued, “you’re not normal, or ordinary at all baby” I said adding tremendously to the already heightened suspense.

“Allah’s made you perfect in every single way you can imagine, you have eyes and ears, your arms and legs, your amazing brain that works things out so quickly and most of all, he’s given you the biggest and kindest super-loving heart in the world. But the real secret is, He’s given all this to you for a reason” I said and then looked for any reaction at all.

He was fixated with curiosity but also with the beginning of a new found excitement.

“You’ve been sent down to make this world a better place. You’re a real hero, an undercover superhero sent to help people wherever they may be and help them in anyway you can.”

“Are you serious dad?” he replied with the cutest optimistically raised eyebrows.

“I’m one hundred million percent serious puppa, you have a mission, to use all that you’ve been given and help make this world a better and safer place. Starting with your family and at school and wherever you go after that.”

“Does mummy know?” he responded trying to take in the gravity of what I was saying.

“Of course she does, we both know you’re special, but this our family secret” I replied while smiling, planning to improvise from this point onwards. And then he said something which took me a while to register.

“Are you an undercover superhero too dad?” he asked with the his organic innocence.

I paused, perplexed for a moment and with my own realisation fast approaching I replied, “yes son, me and mummy were also sent here to do good in this world.”

Before I could gauge his final reaction, he leapt on to me, and hugged me for what seemed like forever, bonding through our mission and excited about our future.

I could feel his happiness through the tightness and comfort of his enormous hug.

I held his face to once again look into his mesmerisingly majestic eyes, and before I could, I caught his smile, full of emotion and what I think was a sense of purpose. A purpose we’re all born with, but one that gets lost in one’s personal struggles of life.

For this boy at least, his purpose will be ingrained and constantly reminded, and what’s most surprising, that a 4 year old has awakened my purpose too.

Incredibly blessed dad of two, living to fulfil my purpose, founder of amazing.org.uk. 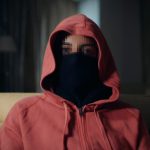 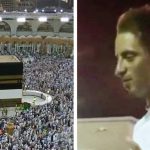