This year’s Hajj will see over two million Muslims converge in Makkah and its surrounding areas to perform the Hajj pilgrimage. Around 700,000 of those will comprise of local pilgrims and 1.3million will be from other countries around the world. Millions apply from Muslim-majority countries but due to a quota system, not everyone is able to come – the Saudi authorities usually assign 1000 places for each million Muslim per country.

According to the Saudi Press Agency, as of 12th September 2015, 888,165 pilgrims have so far arrived by air, 12802 pilgrims by land, and 8637 pilgrims by sea. The following is a graphic showing the top 10 countries who will have the highest numbers of Hajj pilgrims in 2015.

May Allah accept the Hajj of all those who will be performing it and invite the rest of us soon.

Related: Fascinating Photos of Pilgrims from 10 Countries During Hajj in 1880 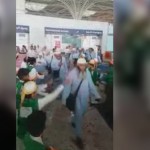 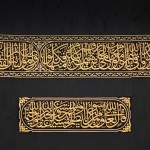