Worldwide protests have taken place following Israel’s decision to install metal detectors and security cameras at the Al Aqsa Mosque compound. Here’s a summary of what has happened in the last week:

• The mosque is re opened. However, Israeli forces install metal detectors and security cameras around the mosque’s compound despite having no authority over the site under international law.
• Palestinians refuse to enter the Al Aqsa compound protesting against the new restrictions. They believe that if they comply, it will be accepting Israel’s authority. 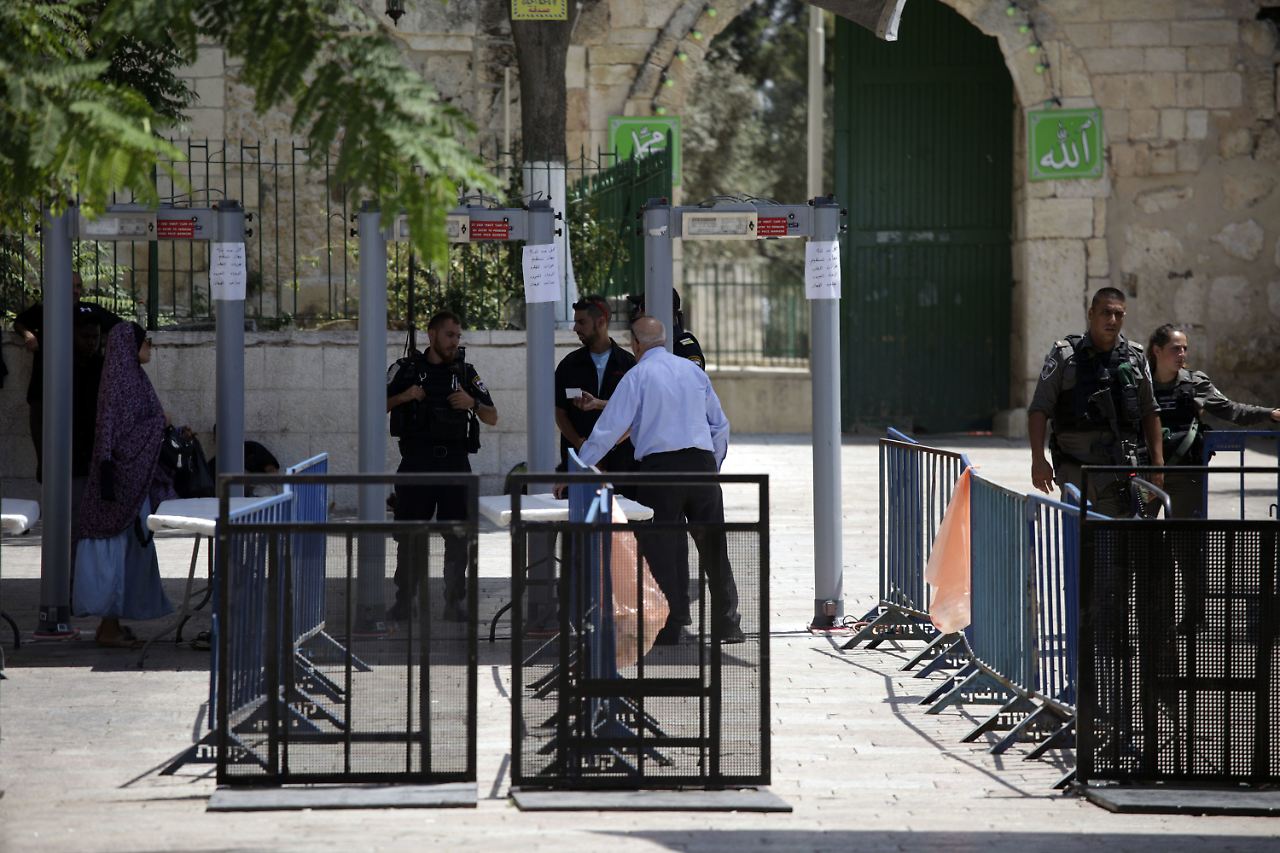 • The security barriers remain and Palestinians continue to protest by praying outside the Al Aqsa compound.

• An Imam of Al Aqsa, Sheikh Ikrima Sabri is shot by Israeli forces as they attempt to forcefully disperse worshippers.

• The security barriers remain and Palestinians continue to protest by praying outside the Al Aqsa compound. 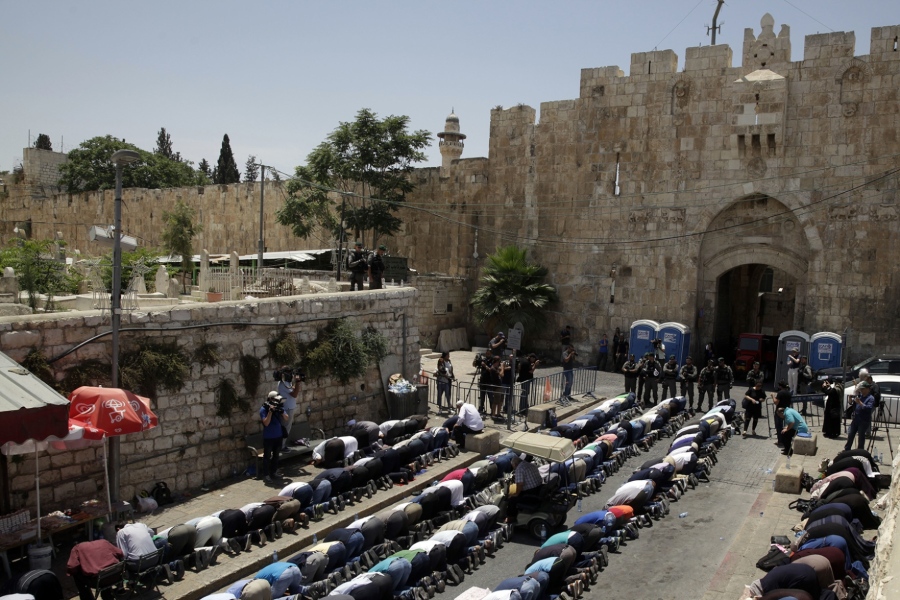 • Talks between the Palestinian Authority and the Israelis collapse. The PA’s chief negotiator Hatem Abdel-Kader tells Middle East Eye: “The metal detectors serve no security purpose whatsoever. Rather, their erection is a political play to pressure Palestinians into relinquishing control of Al-Aqsa.”

• Worldwide protests take place against the measures imposed by Israel. 18-year-old Mohammad Sharaf is killed by a settler during protests in East Jerusalem.

Save the graphic below and share it with your friends so they can be informed about what’s going on: 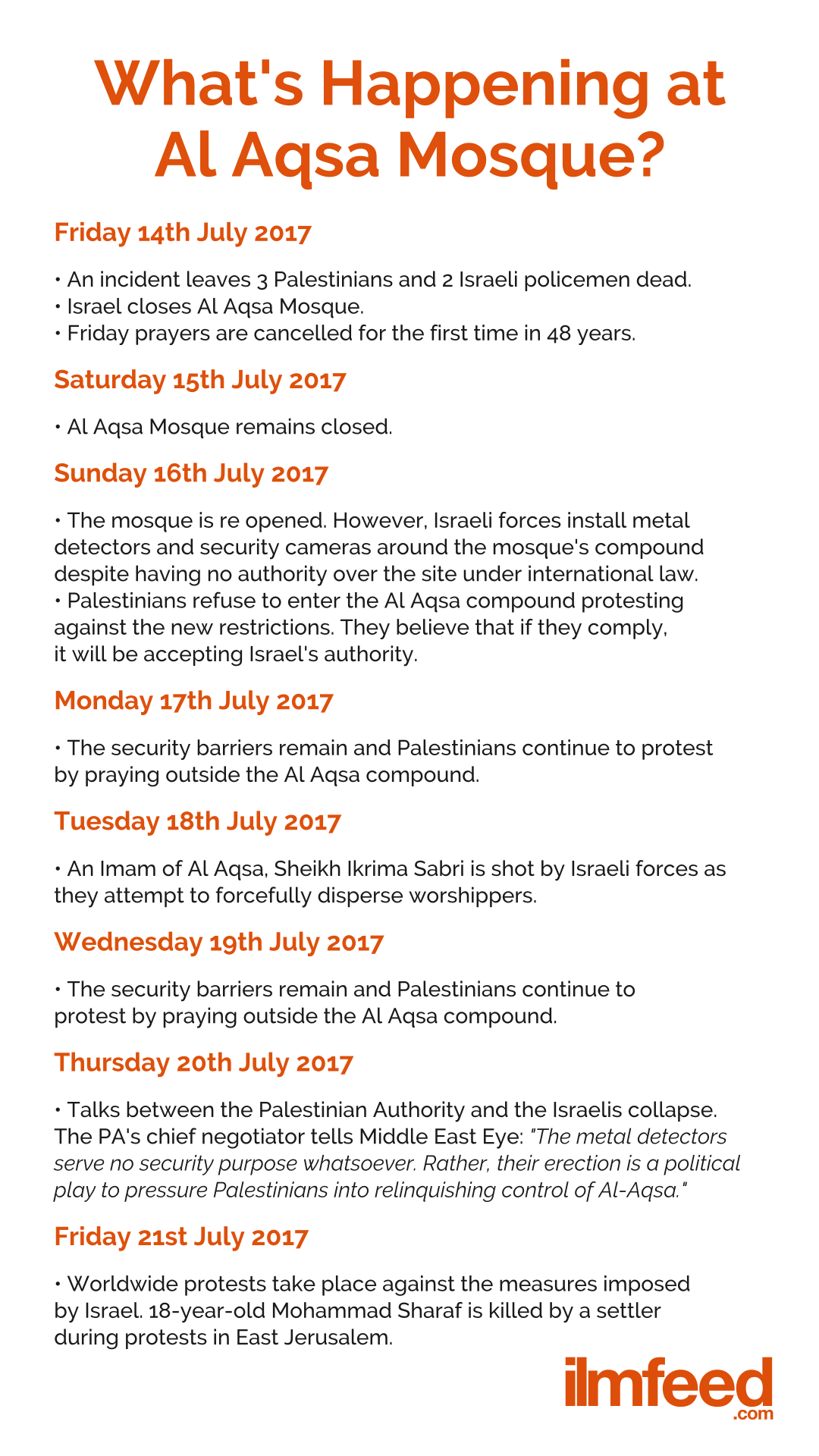 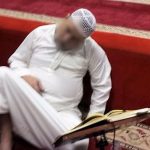 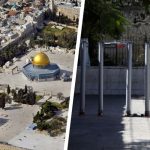