On Thursday 21st July, ITV’s Real Stories featured the story of an unsung hero of the 7/7 attacks.

In the programme, Imran Chaudhury, who was working at one of the underground stations hit by the attacks shared his experiences of the terrible day.

Imran was first on the scene before emergency services arrived and for two and a half hours, he tended to the injured, carrying many out in his arms.

When asked about how he manage to carry so many people out, he said:

During the programme, Twitter users praised Imran for his heroic actions.

Here are just some of the tweets:

Watching #RealStories Imran is a hero ?

What a wonderful person – Imran Choudry, British Muslim who carried many 7/7 victims to safety, despite having a broken ankle. #RealStories

Imran you ARE a hero. A brave, brave man. Thank you for sharing your story. #RealStories

There needs to be more Imran's in this world! Hero? #RealStories @ITV

What an amazing guy Imran is on #RealStories An absolute #hero

#RealStories #Imran is a true hero! I'm sat watching this with tears in my eyes!

What an amazing person Imran is; simply a hero #RealStories 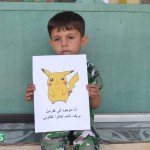 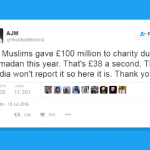