Liverpool star Mohamed Salah is known not only as a brilliant footballer but as a someone with a big heart off the pitch. He is known to regularly help the less fortunate in his home country Egypt.

Now, a story has emerged which illustrates his kind-hearted nature.

In a series of tweets, Jack Sear, Editorial & Social Content Producer for Anfield HQ tweeted about an incident in which Salah’s family were robbed when he was a player for Egyptian team Alexandria:

‘While Salah was playing in Alexandria, his family were robbed. The thief was caught a couple of days later and it was the intention of Salah’s father to press charges.’ (1/2)

Instead of seeking revenge, he gave the thief some money and tried to find him a job to help him turn his life around:

‘When his son heard what happened, however, he asked him to drop the case. What happened next gives you the biggest insight of all into his character, as Salah gave the thief some money to get his life up and running and tried to help him find a job.’ 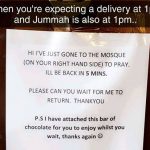 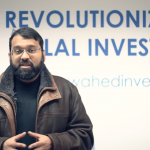