Between 1941 and 1945, millions of Jewish people suffered a genocide at the hands of the Nazis. Throughout German-occupied Europe and in some European colonial territories, Jewish people were discriminated against, persecuted, subjected to forced labour, deportation, internment and murder.

Ever since people have tried to understand how such atrocities could take place on such a large scale. Many have argued, including writer and Auschwitz survivor Elie Wiesel, that it was indifference that allowed the Nazis to carry out their ‘Final Solution.’

Wiesel famously said: “The opposite of love is not hate, it’s indifference.”

While the Nazis and their sympathisers committed their crimes, many people looked on, but some individuals risked their lives to protect their Jewish brothers and sisters in humanity. Here are the stories of some Muslims who decided not to be indifferent to the suffering of their friends, neighbours and,  in some cases, complete strangers, but to do what was right – even if being caught meant certain execution by the Nazis.

Si Ali Sakkat had previously worked as a government minister and the Mayor of Tunis.

Between 1940 and 1943, many parts of North Africa, which were under French colonial rule were controlled by the Axis Powers.

At this time Sakkat was retired and living on his family farm in Jabal Zaghouan.

Close to Sakkat’s farm was a German forced Labour camp. Jews were put to work repairing an airfield which was regularly bombed by Allied Forces.

One night during a heavy battle, some of the forced labourers escaped. Sixty of those Jewish internees found their way to Si Ali Sakkat’s farm and banged on his door.

He hid them and provided them with shelter and food until the liberation of North Africa from the Axis Powers.

Khaled Abdul-Wahab came from a wealthy aristocratic family and had studied architecture in New York.

During the War, he acted as an interlocutor between the Nazis and the population of the Tunisian coastal town of Mahdia.

When he heard German officers were planning to rape a local Jewish woman, he went to the family, the Boukhris family,  their neighbours, the Ouzzan family and twenty-five other people and took them to his family farm, providing everyone with a room.

None of the farmhands revealed that there were Jewish people living there and they stayed until the occupation had ended. All the families later returned to their homes.

In North Africa, Arabs welcomed Jewish people into their homes, guarded their valuables so Germans could not confiscate them, shared their rations and warned Jewish leaders of coming SS raids.

Abdol Hossein Sardari was an Iranian diplomat in Paris. At the time there was a sizable community of Iranian Jews in Paris.

Nazi Germany had declared Iranians to be immune to all Nuremberg Laws (laws which institutionalised the racial theories of Nazi ideology) since 1936, as they were “pure-blooded Aryans.”

Abdol Hossein Sardari, therefore, convinced the Nazis that Iranian Jews must be protected.

When he learned of the plans of the Nazis he went further than just protecting Iranian Jews. Without seeking the permission of the Iranian government, he issued Iranian passports to non-Iranian Jews.

His actions were later applauded by the Iranian government and he is credited with saving thousands of Jewish people in Paris.

Mohamed Helmy worked as a doctor in a hospital in Berlin. After Hitler’s rise to power, he witnessed the dismissal of Jewish doctors from the hospital.

According to Nazi racial laws, Helmy was a “Hamite” – after Ham, the son of Noah in the old testament. “Hamites” were considered “non-Ayran” and therefore subject to harassment and persecution.

In 1938 Helmy was fired from the hospital but continued to practice medicine secretly.

After the outbreak of World War Two, Helmy was arrested twice and interned twice under the “Ordinance on the Treatment of Foreigners.”

The Egyptian Embassy was able to secure early release because of Helmy’s ill health but he had to continue to report to police twice a day and provide proof every four weeks that he was unfit for internment.

After his release, Helmy was conscripted to the practice of Dr. Johannes Wedekind in Charlottenburg.

While there, he wrote sick notes for foreign workers to help them return home.

When the deportations of Berlin’s Jews began, a Jewish patient of Helmy’s, Anna Boros, needed a hiding place. Despite being himself targeted by the Nazi regime, both for being “Hamite” and for speaking out against the Nazis, Helmy hid Boros until the end of the war.

He obtained a certificate from the Central Islamic Institute in Berlin claiming that Boros had converted to Islam and also arranged for a marriage certificate stating that she was married to an Egyptian man in a ceremony held in his home.

Helmy also provided assistance to Boros’ mother, Julianna, her stepfather, Georg Wehr and her grandmother, Cecilie Rudnik. He arranged for Rudnik to be hidden in the home of Frieda Szturmann, a German friend of his. For over a year, Szturmann hid and shared her food rations with the elderly woman.

Anna Boros, Julie and Georg Wehr, and Cecilie Rudnik all survived the war.

Helmy practised medicine until his death in 1982.

In March 1938, prior to the outbreak of World War Two, King Zog opened the borders of Albania to Jewish refugees fleeing Nazi persecution across Europe – granting asylum to hundreds before being overthrown by the Italian fascists in April of the same year.

When the Italians requisitioned the Albanian puppet government to expel its Jewish refugees, the Albanian leaders refused.

At the end of 1938, Albania was the only remaining country in Europe that still issued visas to Jewish people through its embassy in Berlin.

Throughout the war, nearly 2,000 Jews sought refuge in Albania-proper and it was one of the only countries in Europe that had a larger Jewish population after the war.

Arsllan Rezniqi was a grocer who used to travel to Macedonia to pick up fruit and vegetables.

Word had come from ethnic Albanians in Macedonia that their Jewish neighbours were in jeopardy.

Rezniqi began transporting Jews from Macedonia to Deçan in Kosovo. He built a house in his garden to shelter refugees.

Neighbours knew but never exposed them. He also arranged for families living in small mountainous villages outside Deçan to take in Jewish people.

One day seventeen Jewish refugees came to the village from Tirana fleeing from Germans.

Lime and her husband, Destan, took in three brothers while other villagers took in other refugees.

They were poor and didn’t have a dining table but made sure their guests were never hungry.

“We grew vegetables in our garden so we all had plenty to eat. The Jews were sheltered in our village for fifteen months. We dressed them all as farmers, like us. All of us villagers were Muslims. We were sheltering God’s children under our Besa.” – Lime Bella

Nuro Hoxha was a teacher from the coastal area of Vlorë. When the Nazis came from Greece, Jews went into hiding.

“Now we are one family. You won’t suffer any evil. My sons and I will defend you against peril at the cost of our lives.”

The four families of twelve people were hidden in underground bunkers that extended from their home. Hoxha’s son was in charge of taking food to the families and shopping for necessities.

“As devout Muslims, we extended our protection and humanism to the Jews. Why? Besa, friendship and the holy Koran. This is a picture of my father that I hold to my heart” – Sazan Hoxha, son of Nuro.

The picture above shows Zejneba Hardaga guiding a Jewish woman (Rivka Kavillo) and her children down a street in Sarajevo in 1941. As they walk, Zejneba covers Rivka’s yellow star with her veil.

During the German invasion of Yugoslavia in 1941, Zejneba Hardaga was living in Sarajevo with her husband, Mustafa, and their children.

The Hardaga family owned and lived adjacent to the grounds of a pipe factory run by the Kavilios, a Jewish family.

During the invasion, the Kavilios’ house was destroyed in a German bombing raid. Left homeless, they were welcomed by the Hardagas into their family home.

One day Josef Kavalio was captured while trying to flee to the relatively safer city of Mostar with his family.

The Nazis were unable to deport him due to heavy snowfall. They forced him and other prisoners to work in chains clearing the roads of snow.

Zejneba saw the prisoners and recognized Josef and, risking her life, brought them food.

While imprisoned, Josef fell ill, but soon managed to escape and returned to the Hardagas’ home until he regained his health and was able to flee to Mostar to join his family.

After the war, the Kavilios returned to live with the Hardagas until they were able to get back on their feet. 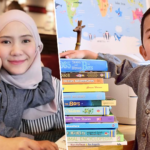 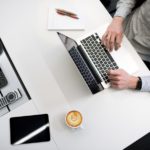