A three-year-old boy has become the youngest ever person to join Mensa UK, the largest IQ society in the world.

Muhammad Haryz Nadzim was invited to become a member after scoring 142 on the Stanford-Binet IQ test, placing him in the 99.7th percentile.

Haryz’s mother, Nur Anira Asyikin Hashim, told Metro UK that she knew her son was going to be special when he uttered his first words at just seven months old.

Haryz’s parents, Anira and Mohd, who are originally from Malaysia, but now live in County Durham, North East England, are both engineers, but never realised just how special their son would be.

“‘We didn’t have much experience, so we just thought that’s how kids were. It was only when he started going to nursery, we were told he is more advanced than other children,” Anira said.

She added: “By the time he was in nursery, he could read the whole of some of his favourite storybooks.”

What makes Haryz’s language and reading skills even more impressive is that English is not the language spoken within his home.

“We communicate with him in the Malay language at home,” explained Anira. “Haryz has no idea how clever he is.”

To become a member of British Mensa, an individual must “demonstrate an IQ in the top two per cent of the population,” according to their website.

As well as completing the Stanford-Binet IQ test, which consists of a combination of math, reading, memorization, and logical thinking questions, Haryz was assessed by educational phycologist, Lyn Kendall, who specialises in gifted children.

Anira now hopes that Haryz will be able to get the support he needs to reach his full potential.

“We want him to be a normal child who plays and does normal things that children do.”

Anira refers to Haryz as her “mini brainbox,” but says he is very much your typical three-year-old in every other way.

“He enjoys jumping in puddles, painting, singing, all the normal stuff for a child of that age. His favourite television programmes are Story Bots and Numberblocks,” she said.

She did add, however, that he prefers having conversations with older peers and adults.

“Haryz loves to ask questions and talks about space and numbers, and he loves reading books.”

Anira and Mohd are thrilled that Haryz has been accepted into Mensa and hope that whatever he achieves, he can make the world a better place.

“It’s exciting and we are sure this will help him in giving him a little bit of belief and confidence in himself so he can better benefit society in the future,’ said Anira. 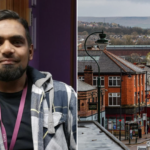 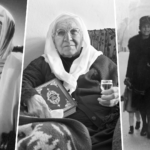