On the 27th of Ramadan, Snapchat featured Mecca in it’s live stories. Snapchat’s Live section lets users share photos and videos taken at the same live event and then it features it on its live stories section.

The response the story received was phenomenal with thousands of people tweeting from all over the world about the #Mecca_live hashtag, eventually it was trending worldwide.

And here are some tweets from non-Muslims who were inspired by what they saw:

Some just found it simply beautiful

The #mecca_live snapchats are the

best things to grace my eyes!! Absolutely love seeing the peacefulness and unity of Islam

I’m not muslim but seeing #mecca_live made me think twice.Its beautiful People have really changed my perspective of islam — Jacqueline Saleh (@Prince10Roxana) July 14, 2015

Really lovely seeing how at peace & joyful everyone in the #mecca_live story was. Truly an incredible sight. Mashallah from a nonMuslim. — Amanda M. Hils (@HilsAmanda) July 14, 2015

It made others emotional

I’m not muslim but the #mecca_live is so beautiful and inspiring. This story is making me emotional — Angèle (@AngelePradier_) July 13, 2015

Checking out the pictures on #mecca_live. As a Christian, I continue to be in awe of the beauty and humanity of Islam. — Charles Clymer (@cmclymer) July 13, 2015

I swear the #mecca_live snapstory made me cry. Islam is beautiful ❤️ dont let people give you a bad vision of this religion — Please justin F.M⛅ (@shoqebelieber2) July 13, 2015

Many tweeted on the unity of Muslims

I seriously respect Muslims for how devoted they are to their faith, incredible to see that many people unite to worship #mecca_live — Dom (@_DxmBillingtxn) July 14, 2015

While others commented about the portrayal of Muslims in the media…

Im not Muslim but the #mecca_live story is so beautiful! Really shows that Muslims arent how the media show them! What an amazing religion! — anna (@gnkez82) July 13, 2015

I’m not Muslim but the #mecca_live snapchat story really is beautiful! Shows how peaceful Muslims truly are, despite the media’s portrayal — שוקו חם (@LaraAkinbode) July 13, 2015

Many wanted to learn more

#mecca_live is a beautiful look at an example of people coming together, really want to learn more about Islam, not the Islam we see in news — Will Cook (@Wjfcook) July 13, 2015

And others, thought about converting to Islam. May Allah guide them.

I’m not Muslim but #mecca_live look so peaceful and amazing and it has me wanting to come to islam — human rights act (@irreluvant) July 13, 2015

Im serious, as a non-muslim, seeing #mecca_live made me realize that Islam, might be, the right religion for me. Its so beautiful. — chris (@VAPlNG) July 13, 2015

Since watching #mecca_live, I want to become a muslim, can anyone help me become a Muslim pleaseeee xxxxx DM me — bills (@hbdin) July 13, 2015

As a non-muslim I would like to ask something, is it easy to convert into Islam? It’s just that after seeing #mecca_live I fell like in love — chris (@VAPlNG) July 13, 2015

I’m not Muslim but the #mecca_live story is so beautiful! I have never seen a religion so dedicated. I’m thinking about converting soon. — D (@imaIegend) July 13, 2015 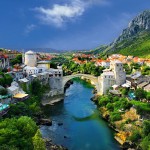 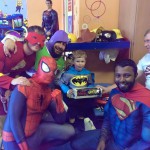