Only with Tawfīq from Allāh was I blessed to with the opportunity to travel to Bosnia and Herzegovina recently. I was fortunate to travel with Dr Abdul Bari who possesses a wealth of experience and insight, and Rofikul Islam who was on his 5th trip to Bosnia, māshāAllāh. I benefitted immensely from their company.

My trip had many aims. I had intended to learn about the heritage and history of Bosnia; to meet and learn from the people of Bosnia; to explore and admire the beauty of Allāh’s creation; and to engage in humanitarian relief work, amongst other things.

“A nation that does not know its history, mortgages its future” 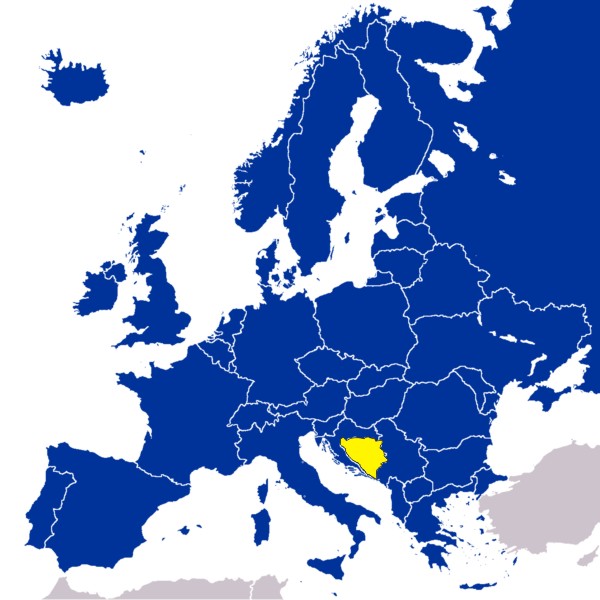 Bosnia is situated in the Balkans in Southern Europe. It has a population of over 4 million people. Islām reached there in 1463 by the Ottoman Empire. Much of its culture and architecture has Turkish resemblances. Bosnian Muslims have endured many struggles with communism (anti-religion) and devastating wars in order to win their rights, the most recent of which ended on 14th December 1995. In many places we found gravestones scattered across, reminding us of the shuhadā’, and buildings littered with gunshot marks.

The National Library and Srebrenica.

We visited the site of the National Library in Sarajevo and were given a tour. In 1992, the Serbs mercilessly bombed the library which contained over 2 million books, which were all destroyed. This was a great loss to their heritage. The building has recently been restored but is currently being used as a Town Hall. 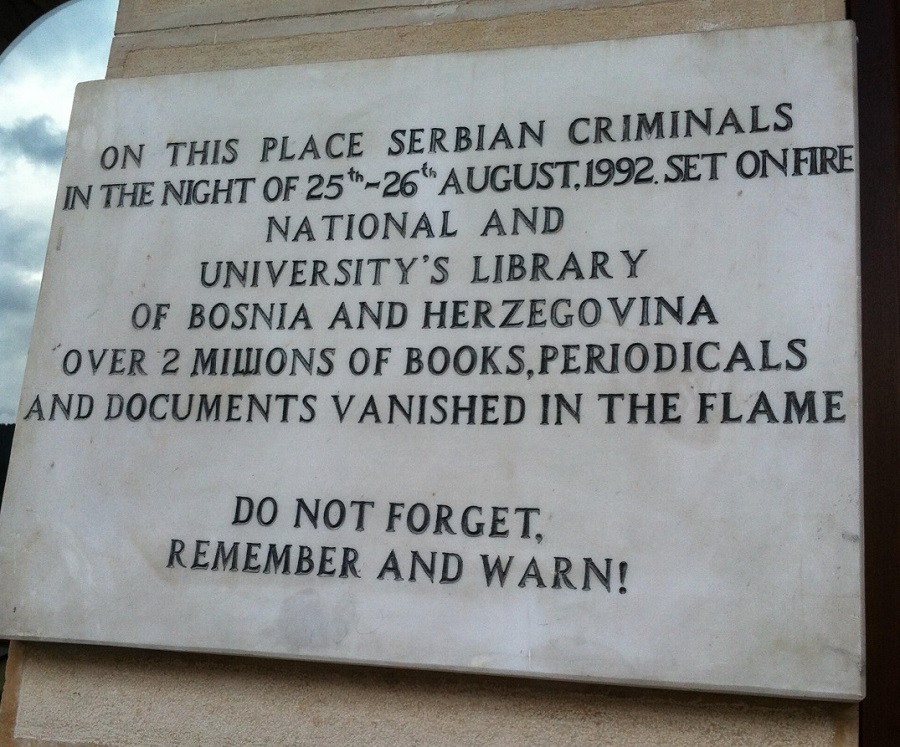 We visited the town Srebrenica. This was an extremely emotional trip. This is the place where over 8,000 Muslims were mercilessly massacred in 7 days in July 1995. They were butchered simply for being Muslim. Even now, they are still finding new bodies from the massacre. Reading the ‘Srebrenica Prayer’ (pictured below) gave me goose bumps. 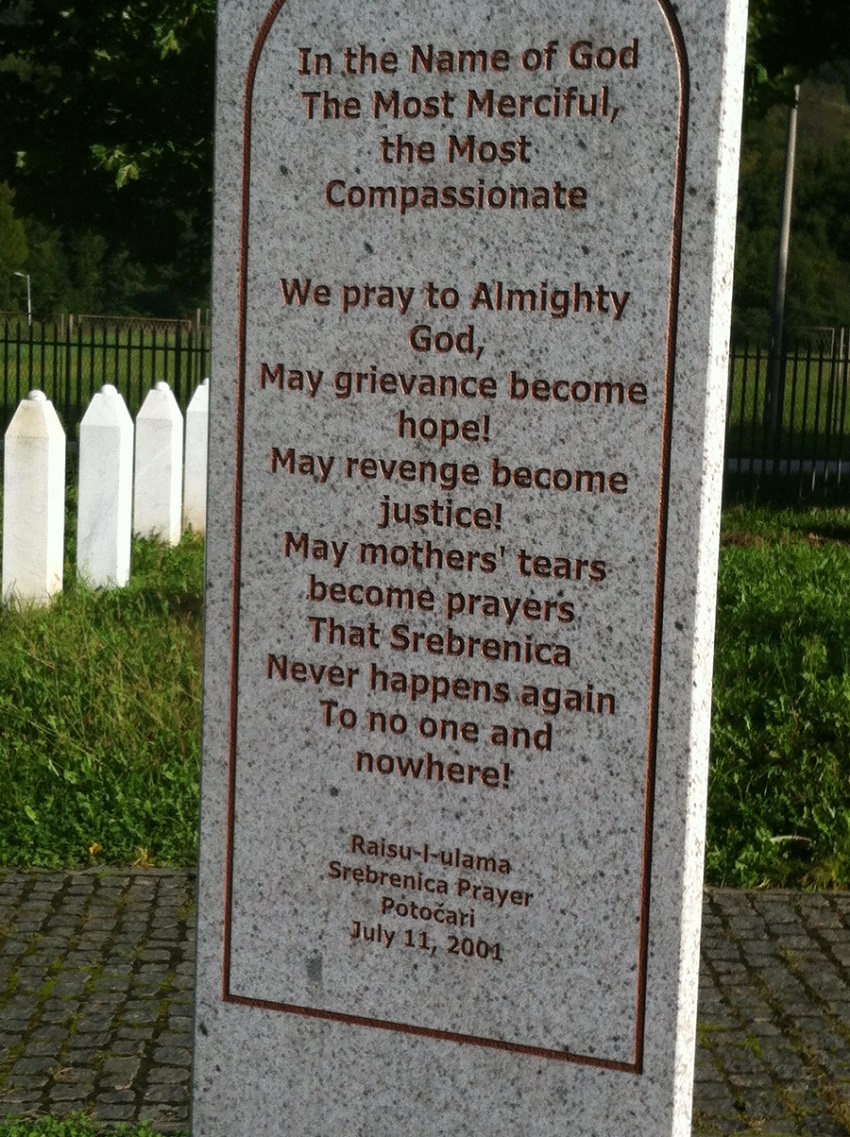 I was contemplating the fact that this happened in my lifetime and is so close to home. No one should be able to commit such atrocities without reprimand. InshāAllāh, the victims of this injustice will be counted amongst the shuhadā’. What will be our end? We must raise awareness and not let these incidents go in vain.

The enmity between the Serbs and Bosnians is still alive. As we walked outside the graveyard, 5 cars carrying Serbs saw us. They immediately, and deliberately, put the music up, and started beeping in ‘celebration’. I was astonished at such hard hearts.

We then visited the site of the massacre which has now been tuned into a museum. It further illustrates what unfolded in this incident. Bosnia is now recovering and many places are very well developed. The people are very resilient masha Allah.

The People of Bosnia

True beauty of any country comes from its people. We met many amazing people while we were there. To mention just a few:

Imām Kenan – He is a very knowledgeable scholar who studied in Syria as well as Egypt. He is very active in many fields in Bosnia and is much loved by its people. He gave us a lot of time: he translated for us when we went to the Muftis office and made meeting arrangements for us.

Imām Abdul Aziz – Many will know him as the Tarawīh Imām at East London Masjid for 2014/15 (see video below).

He is a student of Imām Kenan. We were fortunate to have him with us for most of our time in Bosnia, he showed us around. MāshāAllāh, he has deep love for the Qur’ān and ʿIlm. A story of his childhood inspired us; I will narrate this in the section on humanitarian relief.

Sister Khadija – She is the president of the ‘Mothers of Srebrenica’ who fight for justice and offer support to those who are victims of the massacre. She lost all her immediate relatives in the massacre and is an avid activist to gain justice. We had a private meeting with her. She requested that the atrocities not be forgotten and that we ensure a repeat of the suffering never occurs anywhere.

We met many other extraordinary individuals: scholars, leaders, reporters and charity beneficiaries too.

Bosnia is known as the ‘Princess of the Islamic World’ due its amazing natural beauty. Imām Abdul Aziz took us to Mostar, the route was spectacular with beautiful lakes, mountains, and greenery. There is a train journey from Sarajevo to Mostar which is ranked within the top 10 most beautiful train journeys in the world. They have a very strong heritage, and Alḥamdulillāh, there were masājid in numerous locations. Their lifestyle was very healthy; their land is thriving with vegetation where they can simply pick different fruit directly from the trees. Added to this is the abundance of beehives which produce delicious honey. 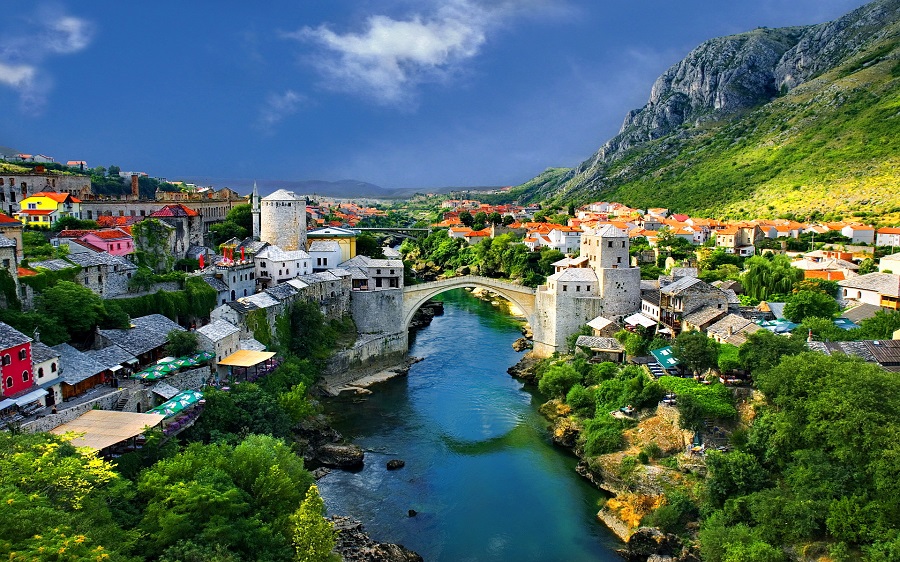 When we reached the Mostar Bridge (pictured above), a beautiful Ottoman structure directly beside a masjid, it was teeming with Western tourists and their cultures. I feel it is a responsibility on Muslims to try and visit these places to help boost the Muslim economy and preserve our heritage inshāAllāh.

I want to start by narrating Imām Abdul Aziz’s inspirational story. His father was an Imām but due to the war, he was made a Shahīd. His mother was expecting at the time and he was only 7 years old with 2 other siblings. They were left to fend for themselves without a breadwinner. From Allāh’s mercy, someone donated a mirch cow to them; this was their lifeline. It allowed them to earn an income and get by. This eventually led to his mother being able to send Imām Abdul Aziz to study the Dīn. He memorised the entire Qur’ān and studied many Islamic sciences which has brought him to lead the prayer at East London Masjid, amongst other many achievements, māshāAllāh. We should never under estimate the power of charity.

Rofikul raised about £6,000 for approximately 5 mirch cows to be distributed to the extremely poor in villages so that they too can earn a living. We were taken to the depth of the villages to see how they lived and were able to pass on the cows. It was a very illuminating and purifying experience, alḥamdulillāh. These people, the majority of whom were unlettered, lived very simple lives. When the cows were handed over, the recipients were emotional and appreciative: “You have given back my life”. Rofikul reminded them that “we are helping them due to our Islamic beliefs, that we should aid the needy”. 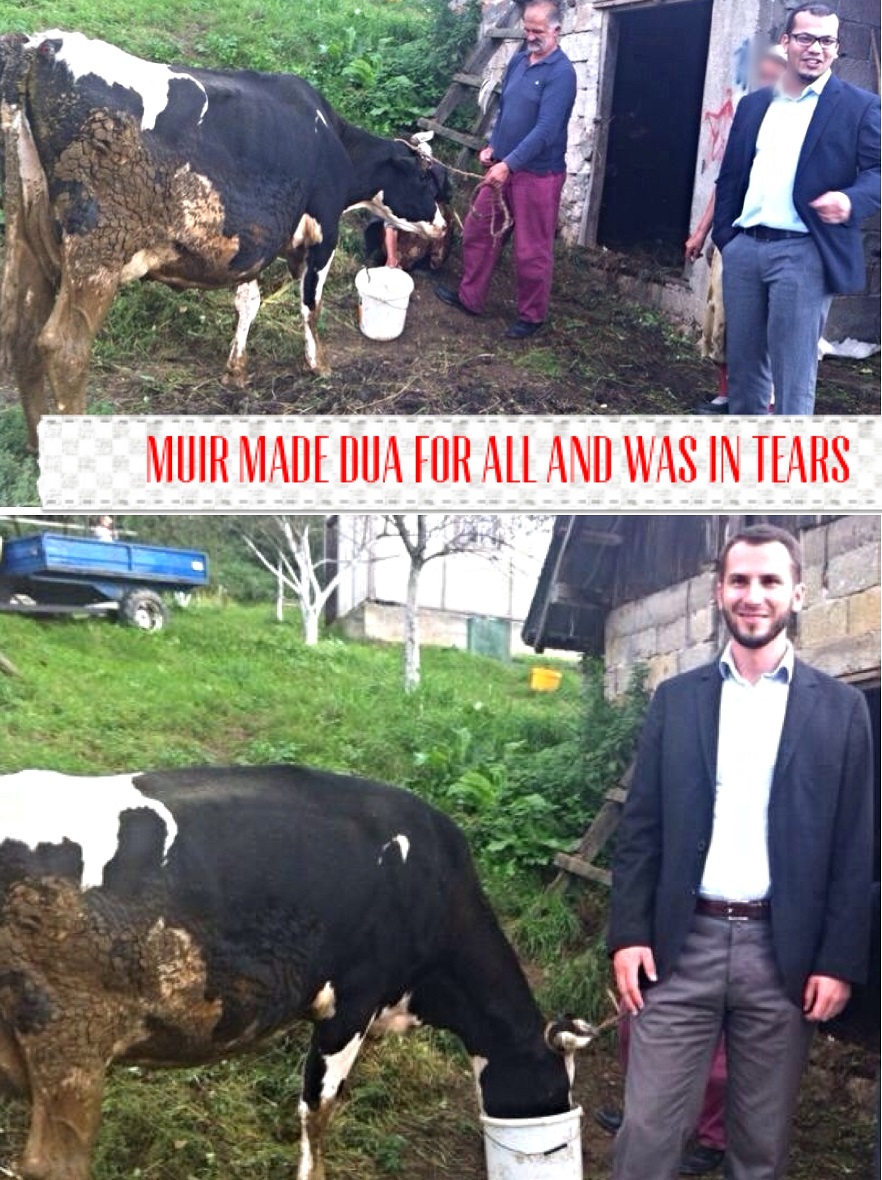 We were also blessed to do some relief work for one of the leading UK muslim charities. Bosnia suffered devastating floods with 3 months’ worth of rain in 3 days. It was astonishing to meet people who were previously wealthy who would give zakāt but now, due to all their wealth being destroyed, they were in need of zakāt. This just shows that Allāh can take away wealth at any time. With the help of all those who donate and support, we were able to distribute much needed household items to help relieve their suffering.. The recipients were very dignified and appreciative of the aid. Many smiles were brought Alḥamdulillāh. They made many duas for all those that helped them, Alḥamdulillāh.

This is a result of all those that have assisted the work of the charity. We should never undermine or underestimate the rewards of raising awareness or striving to aid our Ummah in any way. The rewards are immense. Also, the reality is, by helping the needy, we are helping ourselves. Our beloved Prophet (sall Allāhu ʿalayhi wa sallam) said

“Allāh will be in the assistance of His servant so long as the servant assists his brother”. [Muslim]

There is so much more that can be said about this beautiful nation. We must all take lessons from history and not fall into the same traps. Bosnian Muslims lived as neighbours with the Serbs and integrated so much that their Dīn was being watered down. The Muslims became very weak. They were eventually only attacked due to being Muslims. Honour comes in no other way than from Islām so we must follow our Dīn fully, and ultimately Allāh (subḥānahu wa taʿālā), will give us victory inshāAllāh. We should visit these places and give them moral and economical support inshāAllāh. We must keep our Ummah in our duas.

May Allāh bless and reward all those involved with this visit, accept all efforts and allow us to be a means of bringing izzah (honour) to our Ummah. 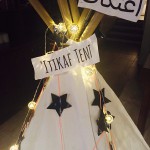 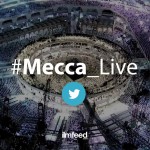