A non-Muslim resident affected by the fire in West London which claimed the devastated the lives of many has said ‘thank you for Ramadan’.

Muslim residents were awake making preparations for the following day’s fast when the fire broke out. They were able to wake up their non-Muslim neighbours and safely evacuate.

In another video, a woman was heard telling reporters how young Muslim men helped save ‘a lot of lives’:

Our thoughts and prayers are with those who have been affected. 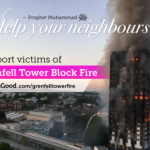 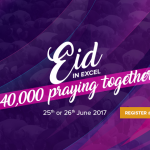