The Islamic months, calculated according to the moon’s movements, adhere to the lunar calendar.  The lunar calendar ends, approximately 11 days prior to the solar year.  Hence, every Muslim will experience the sacred months, performing Hajj, and the month of Ramadhan, fasting, in different periods and seasons, during a 33-year life span.  The seventh month to occur in the Islamic calendar is the month of Rajab, which falls between the months of Jumaada and Shaban.  Rajab endorsed, and the first to appear, is one of the four Sacred and Blessed months in Islam:

“Verily, the number of months with Allah is twelve months [in a year], so was it ordained by Allah on the Day when He created the heavens and the earth; of them, four are Sacred [i.e., the 1st, the 7th, the 11th and the 12th months of the Islamic calendar].  That is the right religion, so wrong, not yourselves therein” (Qur’an, Surah Al-Tawbah, Verse 36)

The word of Allah سُبْحَانَهُ وَتَعَالَى, the Qur’an, mentions the four Sacred months through connotation, although not mentioned by name. However, the Sunnah does mention the names of these months.  Prophet Muhammad ﷺ final sermon recollects with the utmost of importance, consequentially Abu Bakr RA, voiced Prophet Muhammad’s ﷺ exhortation in the following hadiths:

“Time has completed its cycle and is as it was on the Day when Allah created the heavens and the earth. The year is twelve months, of which four are sacred, three consecutive months – Dhul Qa’dah, Dhul Hijjah, and Muharram, and the Rajab of Mudar which comes between Jumaada and Sha’baan.” (Al-Bukhari, no. 1741 in Book Al-Hajj, Al-Khutbah Ayaam Mina; Muslim no. 1679 in Book Al-Qisaamah, Baab Tahreem Al-Dimaa’)

Expectations during the Sacred months from Muslims are acknowledged and fundamental. The Qur’anic verse in Surah Al-Bakarah, verse 217, prohibits initiating a war during these months implicitly commanding it is strictly forbidden. However, existing war’s can continue and in defence, if it is necessary to defend oneself, their tribe or Muslims:

“They ask you about the sacred month – about fighting therein. Say, “Fighting therein is great [sin], but averting [people] from the way of Allah and disbelief in Him and [preventing access to] al-Masjid al-Ḥarām and the expulsion of its people therefrom are greater [evil] in the sight of Allah. And fitnah is greater than killing.” And they will continue to fight you until they turn you back from your religion if they are able. And whoever of you reverts from his religion [to disbelief] and dies while he is a disbeliever – for those, their deeds have become worthless in this world and the Hereafter, and those are the companions of the Fire; they will abide therein eternally.” (Qur’an, Surah Al-Bakarah, Verse 217, transcribed Sahih International)

Sinning is prohibited in any month of the year, but the punishment for intentionally or otherwise sinning during the four Sacred months multiplies, as is the reward for good deeds. Committing sins is detrimental to our very being.  When the Almighty Allah سُبْحَانَهُ وَتَعَالَى eulogises our deeds, they become inviolable. Thus, when glorified from two angles of more then, they become indestructible from multiple angles, except with the power of Dua.  The following verse is one indication of how rewards and punishments can multiply:

“The example of those who spend their wealth in the way of Allah is like a seed [of grain] which grows seven spikes; in each spike is a hundred grains.  And Allah multiplies [His reward] for whom He wills.  And Allah is all-Encompassing and Knowing.” (Qur’an, Surah Al-Bakarah, Verse 261, transcribed Sahih International)

Recorded in Baihaqi, at the start of this month, Prophet Muhammad ﷺ would pray:

“O Allah, favour us with the blessings of Rajab and Shaban and take us to the holy month of Ramadhan” (Baihaqi)

As we prepare for Ramadhan, first and foremost we must repent, asking Al-Ghafur, The Forgiver سُبْحَانَهُ وَتَعَالَى to forgive us, and guide us to mentally, physically and spiritually strengthen our commitment to Islam.  Anas ibn Malik reported: The Prophet ﷺ said:

“All of the children of Adam are sinners, and the best sinners are those who repent.” (Sunan al-Tirmidhī 2499)

Dutifully and attentively, we must perform our compulsory prayers and increase our discretionary prayers during the Sacred month of Rajab. In Sha’ban, follow the Sunnah of the Prophet Muhammad ﷺ, leading us to enforce both Fard and Sunnah during Ramadhan.

It has also been narrated by Abu Nu’aym in his ‘Hilya’ from Anas Ibn Malik رضي الله عنه , that the Prophet of Allah ﷺ welcomed the month of Rajab by making the following Dua:

“Oh Allah, bless us in Rajab and Sha’ban and let us reach Ramadhan.”

It was during this month the Exalted Allah conferred on Prophet Muhammad ﷺ, the great honour of ascending to the heavens.

“Exalted is He who took His Servant [Prophet Muhammad ﷺ] by night from Al-Masjid Al-Haram to Al-Masjid Al-Aqsa, whose surrounding We have blessed, to show him of Our signs.  Indeed, He is the Hearing, the Seeing.” (Qur’an, Surah Al-Isra, Verse 1, transcribed Saheeh International)

This honour had never been ascribed to any other Prophet than the Holy Prophet Muhammad ﷺ.  He ﷺ made a journey with his physical being from the sacred city of Makkah to Jerusalem and, from there he ascended through the seven heavens to a place so near to the Divine Court that not even an angel, far less a human being, could have access.  After having reached the Siratul-Muntaha even Hazrat Jibrael AS, the head of the angels expressed his inability to proceed beyond this point. The five daily prayers became obligatory on all Muslims following this night of ascent.

This article has been authored in honour of my parents’ remembrance, both deceased on the 20th Rajab 1437.

“And lower to them the wing of humility out of mercy and say, “My Lord, have mercy upon them as they brought me up [when I was] small.” (Qur’an, Surah Al-Isra, Verse 24) 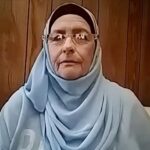 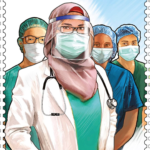