Jayda Fransen, the deputy-leader of the far-right and anti-Muslim group, Britain First has been thanked by people for sharing a video of the call to prayer on her Facebook page.

She shared the following video of the call to prayer being heard at the East London Mosque with the caption “This is East London!”: 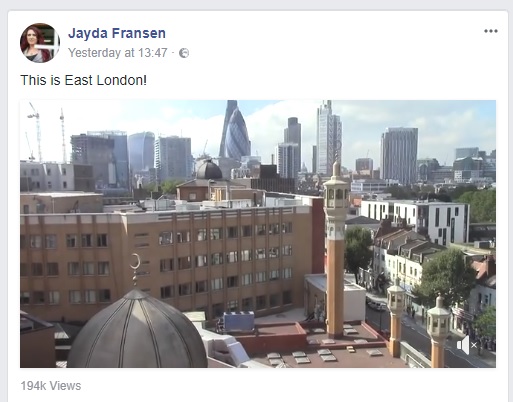 After the video was posted, many Facebook users thanked her for sharing the ‘beautiful’ call to prayer to her followers:

David Nizam thanked her for sharing the video:

Salman Butt thought it was ‘beautiful’:

Rafiq thought the video was ‘amazing’ and thanked her for sharing it:

Mohammed hoped she would start going to the mosque one day:

We ask Allah to guide Jayda to Islam.