The New York Times have broadcasted a Jumu’ah Khutbah (Friday sermon) live on its Facebook page. The newspaper’s Facebook page has more than 11 million followers and its print edition has the second-largest circulation in the USA.

The sermon was delivered by Imam Khalid Latif at New York University in which he spoke about the holy month of Ramadan.

The video has now been seen more than 188 thousand times with mixed reactions left in the comments section with some not so pleasant.

Here are some positive ones:

Watch the recording of the sermon:

Today is the Friday of farewell, the last Friday before the end of Ramadan next week. Today we spend it at the Islamic Center at New York University for a prayer service led by Imam Khalid Latif. Share your thoughts in the comments. 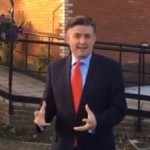 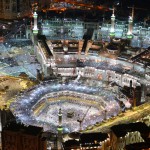