Leeza Aslam, together with her family and friends gifted hundreds of handmade brownies and letters to spread love. She was inspired by Prophet Muhammad (peace and blessings be upon him) who said:

“Exchange gifts, it will increase your love for one another.” (Bukhari)

The feedback was great, here are some messages which were left on social media:

Jus got swept up by the #brownielovewave group of Muslim women exchanging gifts to increase love ? As-salamu alaykum pic.twitter.com/Ob4W3CyxAw

To the wonderful Muslim ladies giving out brownies in Russell Square, thank you for spreading love and tolerance today ? #brownielovewave

Big thank you to the Muslim women out in Russell Square this afternoon spreading LOVE,TOLERANCE and free brownies #BrownieLoveWave #peace

Leeza combined her love of baking with her quest to spread love, and came up with the Brownielovewave. She hopes people will join her in creating a brownie (*any gift*) inspired, love wave!

For more information check out the Brownielovewave Facebook page 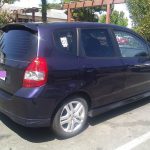 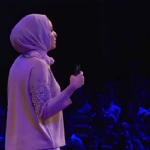