A 39-year-old Muslim mother was waiting for her husband with her nine-year-old daughter when 55-year-old Peter Scotter approached her and forcefully pulled off her face veil.

The unprovoked attack almost threw her to the ground causing her injury to her neck.

Scotter reportedly shouted: “Here, take that…off, you are in our country now, you stupid… Muslim.”

The victim now feels scared to leave her home:

“I don’t feel safe any more when I go out. Sometimes I ask my husband to walk ahead of me because I’m so worried that it will happen again and I feel I need him to protect me.” She said.

Despite this, the Muslim mother has pleaded to the courts not to jail her attacker after learning that he has a cancerous tumor in his mouth.

“I did not realise that the man had cancer, I don’t want him to go to prison.

“I would like the judge to bear that in mind when he does sentence him.

She is not seeking revenge either:

“He did a bad thing in anger, I don’t know why he chose to do what he did to me, it hurt and frightened me but I don’t seek any kind of revenge for that.”

“I don’t want him to suffer, I would like him to be free to live the rest of his life in peace and tolerance, not in anger and bitterness.

She hopes everyone can stop the hatred and ‘chill’:

“Perhaps that is something everyone who shows anger and resentment towards Muslim people in Britain could learn to do – maybe everyone could stop the hatred and chill.”

Speaking about her face veil, she says it was a decision she made herself:

“I accept other people’s choices and I hoped others would accept mine.”

The mother-of-four wants to make ‘a positive difference in the world’:

“People need to look at themselves and think ‘I want to show love and not be hateful, I want to be the kind of person who makes a positive difference in this world.’” 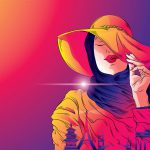 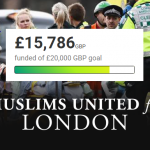