An Italian woman has thanked a Muslim man who saved her from a gang of men who were harassing her and intended to rape her.

In a Facebook post which has gone viral, Gaia Guarnotta wrote about her horrible experience as she walked through a street in Florence, Italy.

She describes how she was surrounded by the drunk men who told her they wanted to show her ‘a good time’:

“At some point, I can’t even explain how they surrounded me, but they started saying phrases like ‘come with us, we’ll show you a good time, 25 against one is a good night…we’ll make you enjoy it.”

After she refused, the group started calling her names before being dragged by the arm:

“They chucked their drinks and straws over me and one of them, or maybe a couple of them, spat on me or tried to spit on me, while all the others were filming on their mobile phones.”

It was at this moment a Muslim flower seller named Hossein Alamgir stepped in and told the group to leave her alone before taking her to safety.

“If Hossein had not been here that evening I would not have been able to tell my story now,” said Gaia….Thanks God there are people in the world like Hossein, who help without wanting anything in return. His is a face I will never forget.” 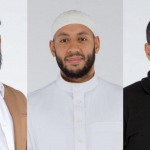 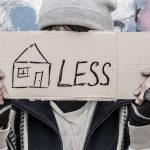