So…the other day was a bad day.

I had Squash booked at 7pm an hour away. I went there, and realised I wasn’t wearing non-marked shoes. Although the trainers I was wearing were a gift and way more expensive, I had left my tattered non-marking shoes home. So I ran to a Sports Direct 10 mins away that was closing at 7pm. I got there at 6:56pm. The shutter was down, the security guard didn’t let me in. I went back, and played Squash barefoot – my feet are hideous and in pain. All this, while I was fasting to commemorate Ashura – the day Moses liberated the Israelites from Pharoah in Egypt.

I go home, in my spiritual mindset, not letting the annoyance of the previous incident affect me – I’m fasting, I’m lucky to own shoes, I’m not going to let some non-marked shoes ruin my mood! On the way home, I get off the bus and realise just a minute later – I DON’T HAVE MY WALLET!

I had it in the bus because I had used my Oyster. I scoured the streets in case it had dropped on my way out. Alas, I had left it on the bus, and TFL could take up to 4 weeks to find a lost item IF no one had seen it and stolen it anyway. Oh yeah, the wallet also had like 6 kinds of cards, a railcard I badly needed this weekend, and a freshly topped up Oyster. Great, what a finish to a perfect day! Every fibre in my body told me I was never going to see the wallet again, but I made a prayer anyway, that I would get it back.

The next day, I’m in the Friday prayers and my phone buzzes. I’m reminded by death stares that my phone’s meant to be on silent. So I proceed to listen to the sermon – it’s all about Moses, and the Israelites, and how we fast on the day of Ashura to commemorate the day Moses liberated the Israelites. The Prophet Muhammad (peace and blessings be upon him) commanded Muslims to fast out of their love for Moses.

So after the prayer, I see that someone had tried to call me. I was just going to start driving so I almost postponed calling him back a few hours, but for some reason, I didn’t. A gruff voice answers –

Wait, WHAT?! I drive to Golders Green, and he hands me my wallet, telling me he was going to observe the Sabbath and so his phones would have been off if I had called a few hours later! I couldn’t thank this guy enough – I told him I was fasting to celebrate what was essentially a Jewish day of festivity too. And this guy tells me he had fasted for 26 hours to celebrate Yom Kippur – which as I understand, came from that same tradition!

This awesome man (let’s call him David for his privacy’ sake) told me that the strong wind had made a tree fall outside his colleague’s house – and the next morning on the way to work, this guy was clearing debris up, and he found my wallet! He goes to work, and hands it to David who saw that he lives close to me, and that’s how I met David.

Sometimes, people do amazing things. And it reminds you that the world can be dark and gloomy, but sometimes, just sometimes, it really is a beautiful place, where a Muslim and a Jew from different sides of London who happen to be fasting for the same reason, can be connected by a fallen tree and a lost wallet. 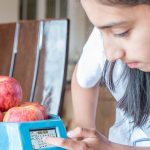 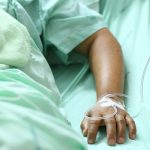