JAKARTA – As motorists line up to fill fuel at some of the petrol pumps in the Indonesian capital, they are greeted by posters advertising free petrol if they read the Qur’an during Ramadan.

The state-owned Pertamina Company is hoping to encourage devout Muslims to read a chapter of the scripture.

Prayer rooms have been set up at gas stations, and have seen a steady stream of visitors.

Jakarta resident Moetawakkir is among those who is keen is take up the offer available at five gas stations in Jakarta. He is hoping to have read the Qur’an by the end of Ramadan.

“We all know that if we do something good we will get a reward. By reading Qur’an here every day, we can read the whole Qur’an by the end of the month while our tank is full,”

Moetawakkir said after nearly 30 minutes of reading on his second visit in two days.

The two liters made available for one chapter of the holy book is good enough to fill up half-a-tank of a motorcycle — the most common mode of transport in the country.

Participants are required to fill up a registration form before they proceed to the prayer room where they can pick up a copy of the Qur’an and read any chapter they like.

The Qur’an reading session is done based on “trust and honesty” – the virtue promoted by the religion – as no official from the petrol station is monitoring the progress of each participant.

The program organizer from Pertamina said the event is a way to promote Islam as it adds a “touch of religion” to the society in the world’s most populous Muslim nation.

“We’d like to show appreciation to those who love reading the Qur’an. We give two liters of free petrol for every one chapter of the Qur’an that they read,”

The promotion will run until the end of the holy month.

During Ramadan, Muslims are refrained from eating and drinking from dawn to sunset. And they believe their good deeds will be rewarded by God especially in the holiest month of the year.

Ninety percent of Indonesia’s 250 million population are Muslims. They will join Muslims worldwide to celebrate the end of Ramadan with the Eid al-Fitr festival early which falls in early July. 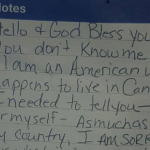 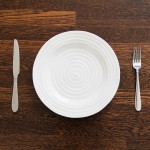