Did you know? Doctors from India (modern day Pakistan, Bangladesh and India) set up field hospitals to treat wounded Ottoman soldiers during the Balkan Wars in 1912.

Did you know? During the Balkan wars in December 1912, doctors from India (modern day Pakistan, Bangladesh, and India) volunteered in treating wounded Ottoman soldiers.

They travelled to Istanbul using their own money and with funds donated by fellow Muslims.

The mission was led by Dr. Muhtar Ahmad Ansari. The team set up two field hospitals to cater for hundreds of patients.

Dr Ansari describes the harsh conditions on the ground and how his team worked hard to cure the wounded “in spite of the bitterest, and the severest winter when their tents were often completely snowed up and their camp was one mass of snow and mud, when the Turks themselves would not venture out of their houses”

They returned to Delhi in July, 1913, people were waiting at the railway station to greet them and were queuing up to kiss their hands and place garlands on them.

Abdur Rehman Peshawari from Peshawar (modern-day Pakistan) who had sold his belongings to come to Istanbul did not return. He continued to defend and serve in the Ottoman Caliphate until his death.

Till this day, Turkish people have a special bond with Muslims from the Indian Subcontinent especially those from Pakistan. 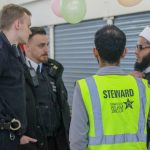 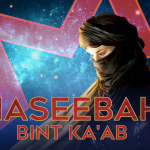