Imam Ahmad (rahmatullahi ‘alayh) was once travelling and needed to stay somewhere during the night. When he went to the Masjid the guard, not recognizing him, denied him entrance. Imam Ahmad tried numerous times but the guard did not accept his requests. Frustrated, Imam Ahmad resolved to spend the night in the Masjad’s courtyard. The guard became furious and dragged him away, despite Imam Ahmad’s old age and frailty.

A baker, whose shop was nearby, watched this scene and took pity on the Imam. He invited Imam Ahmad to stay with him for the night. While there, Imam Ahmad noticed that the baker continually made Istighfaar (asking for Allah’s forgiveness) whilst working.

In the morning, the Imam eagerly asked his host about the latter’s continual seeking of forgiveness. The baker said it had become second nature to him. Imam Ahmad then asked whether he had experienced any reward from this practice.

The baker answered, “By Allah! No Duaa (supplication) have I made except that it has been answered; except one.”

“And what is that Duaa?” asked Imam Ahmad.

“To be able to see the renowned Imam Ahmad ibn Hanbal!” said the baker.

Imam Ahmad interjected, “I am Ahmad ibn Hanbal! By Allah! I was dragged to your place so that you could have your wish come true.” 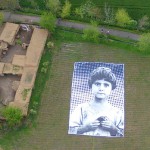 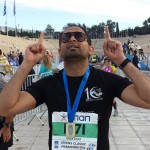