Mossan Rasal, a young Bangladeshi man who runs a small leather stall in the centre of Rome, Italy, was going about his day last Friday when he found a wallet on the street.

“The first thing I did was to check the documents. I immediately realised that, for whoever had lost it, it was a real problem. Inside there were credit cards, a driver’s license and identity documents,” Rasal told La Repubblica.

“Then of course, I saw that it was full of money. I didn’t know the amount because I didn’t count it, I just took everything to the [police] station.”

The 23-year-old admitted that he’d never seen that much money in his life, but insisted he did nothing exceptional.

“I didn’t even have to think about it, that money wasn’t mine that’s why I returned it,” he said.

Rasal only learned of how much money was in the wallet after he handed it into the police, who were as surprised as he was.

“They were the first to thank me but, for how I was raised, I only did my duty… It was about being honest, as my family taught me to be.”

A few hours after handing in the wallet, the police called Rasal and told him that its owner really wanted to meet him, but humble Rasal was hesitant.

“At first I didn’t want to go because I didn’t want all this attention. Then, in the end, I convinced myself. Now I understand I was right to meet him, he was genuinely happy to meet me and to be able to thank me in person.”

The wallet’s owner, a local businessman, wanted to give Rasal a reward, but he refused.

“…it wouldn’t have been dignified. Rather, I invited him to visit my stall. I would be happy if he became my client. But I didn’t want any money for returning his wallet that fell right next to my stand.

“It was a pure coincidence and it wouldn’t have been right to be paid for it,” he added.

Rasal insists he did nothing special, but he hopes his actions will inspire others to do the right thing and to reflect. 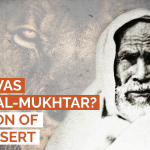 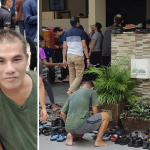