I used to always think to myself that as long as I somehow make it to jannah (through Allah’s mercy) and avoid jahannam I’ll be happy. But then I thought to myself hold on, we will be spending eternity in jannah so whichever level of jannah we get to, that is where we will be staying forever. There will be no option for an upgrade to a higher jannah nor will we be able to do any actions to earn a higher level of jannah.

Don’t get me wrong, even the lowest level of jannah will be amazing and something that will bring immense perpetual pleasure. However, there are different levels of jannah for a reason. It’s part of Allah’s justice and mercy so that those who have done a little bit extra will be rewarded accordingly.

The only regret a believer will have as they are entering jannah is that they did not say that extra subhanAllah. Why? Because that would have been the reason for them to be a higher level up in jannah.

I think we need to have the mindset of wanting to get the highest of jannah and not settle for the lowest. The prophet (may the peace and blessings of Allah be upon him) advised us to ask for the highest jannah when we ask for jannah. He wanted us to develop a mindset of excellence.

Our Prophet (peace and blessings be upon him) said, “Paradise has one hundred grades, each of which is as big as the distance between heaven and earth. The highest of them is Firdaus and the best of them is Firdaus. The Throne is above Firdaus and from it spring forth the rivers of Paradise. If you ask of Allah, ask Him for Firdaus.” (Sunan Ibn Majah)

There’s a hadith qudsi in which Allah says, “I am as my servant thinks of me”. (Sahih Al Bukhari)

So if we think that Allah’s mercy is not vast enough to give us the highest jannah because we think that we are so sinful and are not performing many optional deeds then maybe He will not give it to us.

But if we think that despite our shortcomings Allah can give us the highest jannah – al firdaus then He just may.

Having said this, we should continuously ask for it and constantly try to make that little bit extra effort, for example, praying that extra nafl salah, engaging in some extra adhkar/salawat, fasting some extra days and giving that little bit of extra charity.

When a person wants a promotion, he may work extra hard, he may produce better quality work but ultimately it’s up to his superiors if he will get promoted or not no matter how hard he works in his current role. They will look at his commitment to the company, his effort and dedication.

In the same way, it is not our deeds which will get us into jannah but it is through Allah’s mercy. 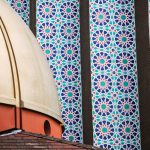