This is a story which demonstrates the power of Du’a and conviction. My mentor’s mom had been making du’a to live in Madinah since they were children. After every prayer she would pray to live in Madinah. He said she did it so consistently that they grew up absorbing it almost as one of the rituals of prayer.

When they got older, they began to question her unrealistic supplication. All of her children lived in America with no plans to leave it, how would she end up in Madinah? She would simply recite to them some of the virtues of Madinah and then put an end to the conversation by saying, “Besides, is it too big for Allah?” Though she had a 4th grade education, she knew more about Allah than them all.

Thirty years of making that supplication later, one of her sons- though he was married and with kids- decides that he wants to leave America and settle in Sudan. His mother, to everyone’s surprise declares she’s going with him. She had been here for decades, was advanced in age, and it may be difficult for her to resettle there. She laughed and said, “I’m not staying in Sudan, I’m going to Madinah!”

True enough as soon as they got to Sudan she kept requesting for her son to get them a umrah visa and off they went. Not before being met by a final obstacle though. At Jeddah airport they were shocked when the immigration officer told them that their visas were no good. It seems the travel agent had sold them expired visas. The officer was frustrated and harsh, saying that if it wasn’t for the mother’s advanced age and her being in a wheelchair he would have put them on the first flight back. His mother however, retreated and did the only thing, and the greatest thing, she could do…she made du’a.

They had no idea where he came from, but a man with a pleasant face appeared and asked what the problem was, when the situation was explained to him he told them not to worry, pulled them aside, and while offering them tea granted them entrance and simply said, “Enjoy your umrah.”

Her son was telling me this story while shaking his head in amazement at how it all came about and the persistence of his mother in her du’a.

She would always say, “Stay truthful with Allah. Be sincere in your actions. Only then Allah will make your wish comes true!”

Two and a half year’s later, she passed away in the city which she longed to be in. Her funeral prayers were held in the Prophet’s Masjid just a few steps away from where the Prophet is buried. She was laid to rest in Baqi where many companions of the Prophet are buried. 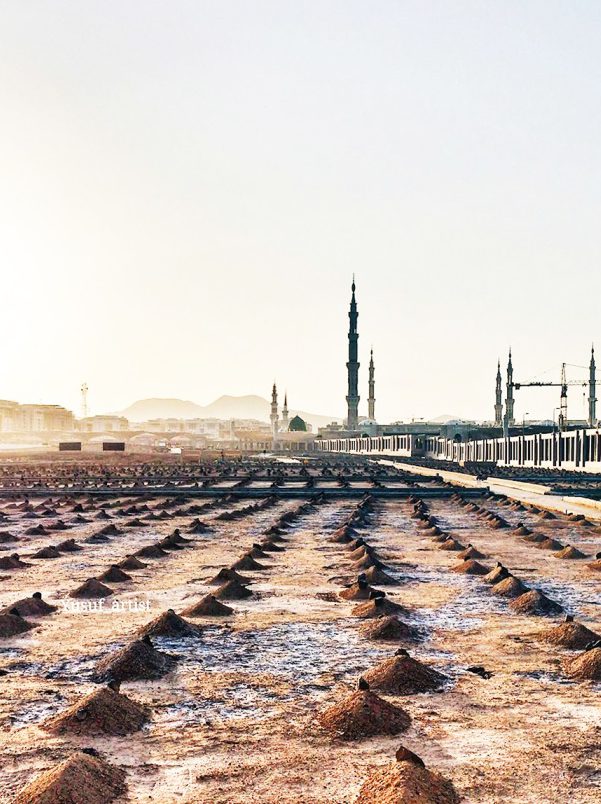 May Allah gather her with the Prophet (peace and blessings be upon him) in Jannah as he brought her to his city in this world, and may her family be granted patience at her loss.

I wanted to share this story with you because you too have aspirations and dreams. And you have a Lord who makes them come true. Worry about being sincere and committed in your asking and don’t worry about how it will come about, for nothing is too big for Allah.