In a message shared on Facebook, a volunteer for a humanitarian charity shares an inspirational story about the generosity of a homeless man.

Here is the message:

“Today a homeless man who lives on the streets of Stepney Green made my day. I was doing my collections for the charity and this guy was trying to make money for himself and had only a cup to put his money and he only made £7 and he put £3 into the bucket and said,

“I know it’s not a lot but it’s all I can give and this should be enough for me to eat for tonight, I know it’s the month of Ramadan and I’m not a Muslim but I know you get 70x more reward when you do a good deed during the month of Ramadan and hopefully I get that 70x more reward and hopefully one day someone will help me get my life on track because I thought I had it bad but these Syrians are constantly in fear of being blown up and migrating again and again whereas me I can sleep on the street without a fear of someone abusing or harming me and not being blown up”

I felt SO BAD taking the money and felt to give it back but I couldn’t open the bucket and I had no change but I took him to Subway and bought him food there. This man has given me so much hope in this world and this guy made me want to cry and he made me realise even more of how fortunate I am.”

Let’s learn a lesson or two from this man who despite having nothing, has shown that he has a generous and caring heart.

Donate now to our campaign to feed needy families around the world including conflict-hit areas like Syria: launchgood.com/feedthefasting 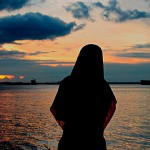 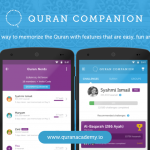